3 Humble Political Assertions Before the Apocalypse 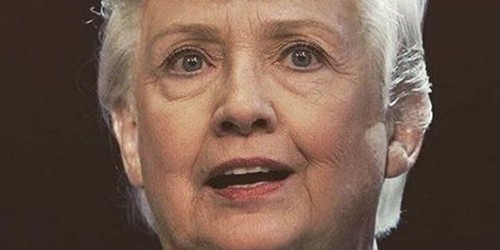 My Facebook page is blown up with politics.  And so I can only assume that everyone wants to know what everybody else thinks.  So I thought I would share it here to avoid having everyone ask me what I think one on one.  Consider this blog a preemptive discussion to serve all of those who were really waiting to hear from me on this subject.

But all joking aside, so much of the discussion over the past 24 hours has centered on the voting for the least of two evils.  So I would like to write a blog about politics that seeks to avoid giving anybody instructions, but also seeks to add some realism to what is often a false dichotomy among Christians.  Here are my three humble observations.

How wicked is the human heart?  Scripture paints a pretty bleak picture of the landscape of my heart and yours.  I know something about you that may shock you.  I know that you are not righteous.  You have not sought after God.  You have turned to your own way.  You love yourself at your core more than you love others.

This is true in our core and it is true of every presidential candidate who has ever run for office.  We must recognize that even though we hope that whoever is hired will not shipwreck our nation, nobody can tell how wicked a ruler will act.  On this front, hindsight is 20/20 and we love to look back on presidencies and try to replicate them.  The Republicans want another Reagan.  The Democrats want another JFK (without the tragedy).

But let’s stop pretending that we know where  all of this is going!  We don’t.  But we certainly ought to pray to the one who knows.  And if the standard is that we never vote for a sinner, then we ought to forfeit our voter registration cards.

Further, people will say that we should never vote for known evil . . . But I am just as scared of hidden evil.  The irony in this statement is that those who are Biblically informed about the nature of mankind understand that we know that all are sinners . . . So the evil that we do not specifically know about doesn’t let us off the hook when we vote.  We always must be aware that we are voting for someone who is susceptible to corruption and sin.  Always.

I don’t write this to be discouraging but rather to encourage all of us to be real and avoid a false piety that makes us all pretend to be judge and jury determining who has TOO MUCH sin to be worthy of a vote . . .

Lasting Change Starts with the People. (Maybe we are not as smart as we thought we were)

One man or woman with a lot of power, doesn’t trump the church, civic organizations, generosity, and kindness.  Our culture works in large part because of the mediate social institutions that provide true benefit to our communities, villages and neighborhoods.  We can have a voice in the way that things go at a local level.  We can care for our neighbors.  We can influence each other for good.  We can lead others away from sin and toward godliness.  We can spread the good news about the sacrifice of Jesus Christ.

It seems like we find ourselves in a mess as a culture in part, because we have not taken our role seriously to be instruments of change.  And on this point, I am speaking specifically to the church.  Hatred flows freely where the church has ceased to share love.  And communities are transformed one soul at a time as people become connected to the righteousness of Christ through the good news that our sin can be forgiven through the cross of Jesus.

The big “C’ Church has an important role in blessing our society and leading people to truth, justice, and kindness.  I am not strictly saying we should put any old bozo in the White House because they don’t matter.  Instead I am simply trying to clarify that our responsibility to our world extend so far away from the voting booth, that our vote PALES in comparison to the power we are meant to wield.  And that power is called the Love of God in His Son Jesus!

God’s got this.  For our blessing or our discipline.

God will put the right leader in this White House.  Trump and Hillary have not taken God by surprise.  He wasn’t asleep the other night when Cruz resigned, despite the way that many evangelicals are reacting.

If your trust is placed in politics, then feel free to freak out, despair . . . And then drown your sorrows in a tub of Ben & Jerry’s.  But if you read the same Bible as me, then feel free to adjust your expectations accordingly.

God has been known to use leaders as a judgement on a nation, and he has been known to bless a nation through its leadership.  When we try to prognosticate which one we are getting ahead of time, we are either arrogant or our trust is misplaced.  Once again I am not saying you just sit back and let God decide.  He will use His people to accomplish His desired outcome.  But I am so tired of the Christian rhetoric about moving to Canada or avoiding the vote because God could not possibly desire either of the candidates.  Reality check all you followers of Christ . . . It’s is going to be Trump or Hillary.

And God could be judging us or blessings us, and I do not think YOU really know which one it will be.  So let me encourage you to freely vote your own conscience.  Write in your own pastor, your high school football coach, vote for Hillary or Trump.  Don’t be scared.

Let me also add to this final conclusion about those who seem to KNOW how immoral it is to vote for Trump.  Is it immoral to vote for Trump!?  With so many people saying so, I am still personally cautious.  Maybe someone knows definitive personal information about this man that I do not know.  But I am always cautious about the things people “know” about a political or public figure.  Many people “knew” that President George W. Bush orchestrated the events of 9-11.  I have never met President Bush or Donald Trump.  The amount of first hand information I can hand out to anyone is exactly zero!  In other words everything I have to offer on this subject is filtered through the news media that will spin anything to their advantage.  Sure, I have watched many debates and many interviews.  But I have not seen immorality from Trump in any of these debates.  I have seen a strong personality who rubs me the wrong way.  I FEEL like I can judge some things about him based on second-hand information and his family life.  If I am honest I just don’t know enough to point you either way.

So I will not help anyone who has identified with the GOP by telling them how to vote come November.  But I will seek to provide comfort as I believe Scripture would dictate for any who belong to Jesus.  He’s got this . . . Even if you don’t like the outcome.

Thanksgiving Service
November 22, 2022
Get To Know Our Elder Candidates
November 2, 2022