5 Reasons I Celebrate the Reformation 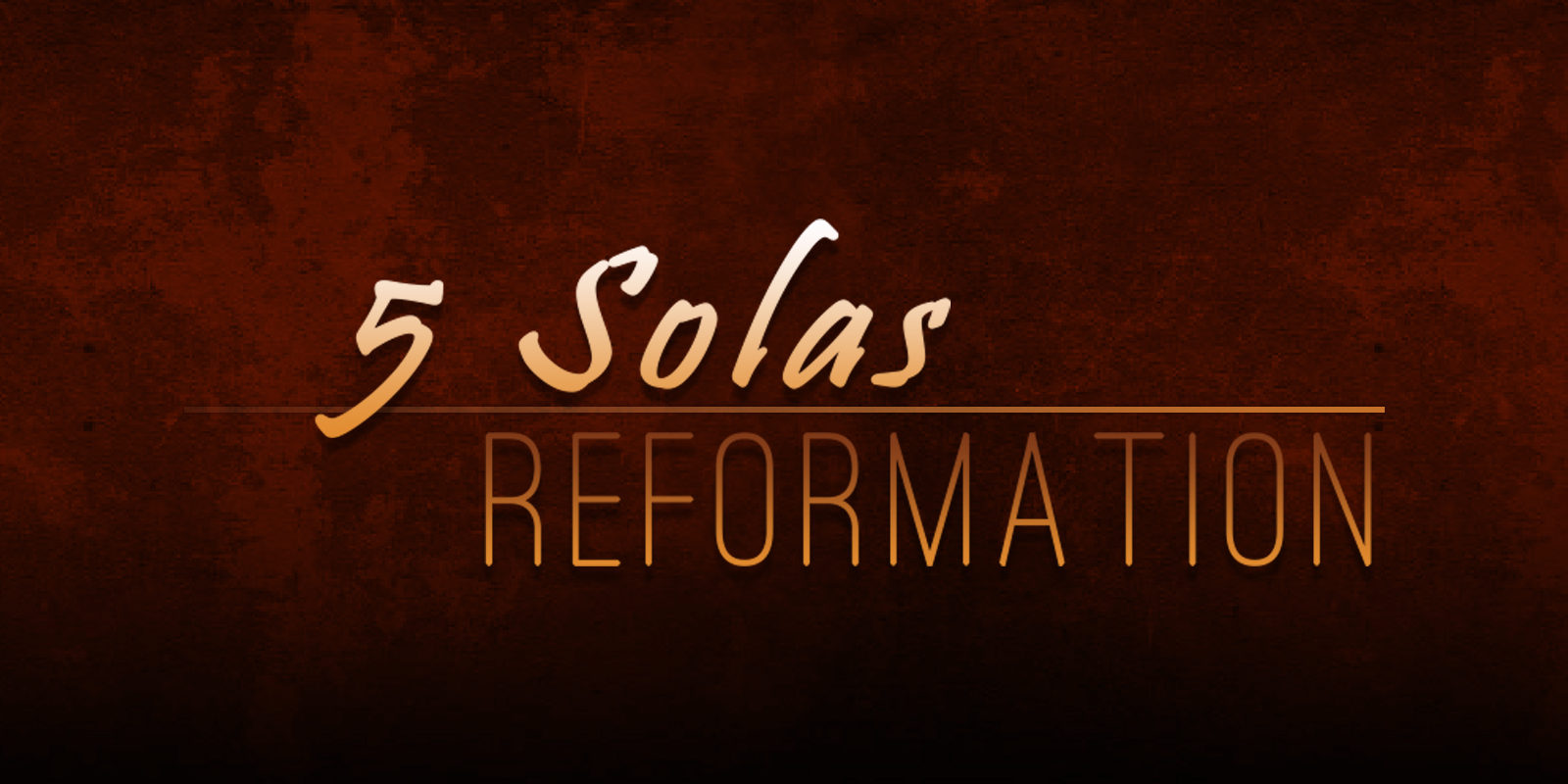 500 years ago a Roman Catholic monk nailed 95 theses to the Wittenberg door. And 500 years down the road, the echoes of that hammer still ring loudly in the faith of many. I have been guided by men I have never met. My faith has been shaped and protected by the sacrifices of others. But fundamentally, my faith is my own. It has been uncovered over years of studying the Word of God, a Book that, prior to the reformation, I would not have had access to.

But what was at stake in the Protestant reformation was so much more than merely theological preferences. The doctrines defended by the reformers are not merely a particular theology, but speak to the way we do theology and even the goal of theology.

There is nothing more important for a human, than their understanding of who God is, who we are, why we are broken, and how we can be healed. And the reformation touched on all of these points. So here are five reasons I celebrate the reformation. These are so much more than merely good things I will list. These are fundamentals of my faith that define everything I stand for, and even what I would die for.

The reformers set about to restore the central role of the Word of God for faith, for understanding, and most importantly for the Knowledge of the Holy One. The Word of God is His self disclosure. It is the closest we come to having an autobiography of God. It records His dealings with His creation and grants to us all that He has seen fit to record for us about Himself, about us, and about the created world around us.

The defense of Scripture Alone is not to say that Scripture fully defines God. The Bible is not divinity in book form. But the book does tell us, faithfully, what we need to know in order to be made right (justified) as sinner before a Holy God. The reformers brought the church back to the Scriptures as the sole authority, in an age where the church had lost its way and was mixing in tradition, human wisdom, and even in some cases abusive human authority.

I celebrate the reformation, because it has brought to me down through the centuries a return to the precious Word of God. I have inherited a legacy of going to His Word first to guide my life, my family and my church.

The subject of the reformation was primarily about salvation in general and justification in particular. The primary struggle that led to Martin Luther’s 95 theses was a genuine quest to answer the profound question, “how can a man be justified (or made right) before God?”

And when The reformers took their first value of Scripture Alone, turning to those pages to answer the question above, they found a significantly different answer than the church of their day and age was saying. They found passages like Ephesians 2:8-9 that clearly teach that salvation is by grace alone through faith alone. No works that man can do will ever justify them before God. This ran very counter to the teachings of the church of their day that would even encourage people to buy forgiveness with money.

I celebrate the reformation because it brought forward the doctrines of salvation as taught in Scripture, that salvation is a gift from God. It is not earned, and it is not something to be achieved. Salvation is by grace alone.

But the reformers, tenaciously clinging to Scripture as their sole authority, washed away the unbiblical traditions that had built up around the church. They put forth the biblical doctrine that salvation is by faith alone. And that even faith itself is not a Work, but instead an acquiescence to the Gospel. In Ephesians 2:8-9 it is clear that salvation is by grace through faith, and that is a gift from God that precludes ANY boasting. Nobody can even boast in their faith!

I celebrate the reformation because it returned the church to the truth found in Scripture that we cannot save ourselves by works. No Pharisaical effort on our own can save us, but wholly trusting in Jesus and his finished work for us on the cross is the only pathway to justification before God. The very essence of the gospel was restored in the reformation. Salvation is by faith alone.

Maybe the most beautiful of the five solas to any who have truly embraced them is this return by the Protestant Church to the doctrine of Christ Alone. He is the only savior. He is the only mediator. He is the only one who could lay a hand on both God and humanity. Salvation is found in no other name than the name of Jesus. He is King of kings, Lord of lords.

And it is only through his sacrifice on the cross that we can be made whole. So that when the reformers answered the question “only faith in what, for justification?” The responding answer from Scripture was faith in Christ. His blood, his sacrifice, his cross, his death, burial and resurrection for those he has loved.

I celebrate the reformation, because in this movement there was a restoration to the centrality of Christ in justification and salvation. In an age of confusion and many levels of grace, and many levels of sin, and many spiritual hoops to jump through, the reformers took scripture as their guide, and uncovered the simplicity of the gospel as a gift of God granted to a person by faith/trust/belief in the sacrifice of the Son of God to cover sins. The message of the Scripture is clear, but the message of the Church was historically confusing. Salvation is in Christ Alone.

5. Soli Deo Gloria (For the Glory of God Alone)

The reformers did not merely speak in terms of the mechanics of justification and salvation as uncovered in Scripture, but they also explored the purpose of this means of salvation because Scripture does too. We live in a world where we often long for answers to “why questions” and they seem elusive. But scripture explains for us in Ephesians that God made salvation by grace alone through faith alone in Christ alone, not by works, SO THAT no one may boast.

We cannot take credit for our salvation. So where do we turn to offer thanks for this great gift of grace we have received? And the answer is glory to God Alone! He gets the credit for saving His people. He is worshiped for the salvation he has wrought in His people. And I think this wraps up the value of the reformation so well for me. God is the only one worthy of praise, honor, adoration, and worship. And so it makes sense that salvation has been designed to bring Him ultimate glory.

I celebrate the reformation because it results in glory given to the one who deserves it. Nobody else can take credit for my justification. Salvation is to the glory of God Alone.