Above the Court of Public Opinion 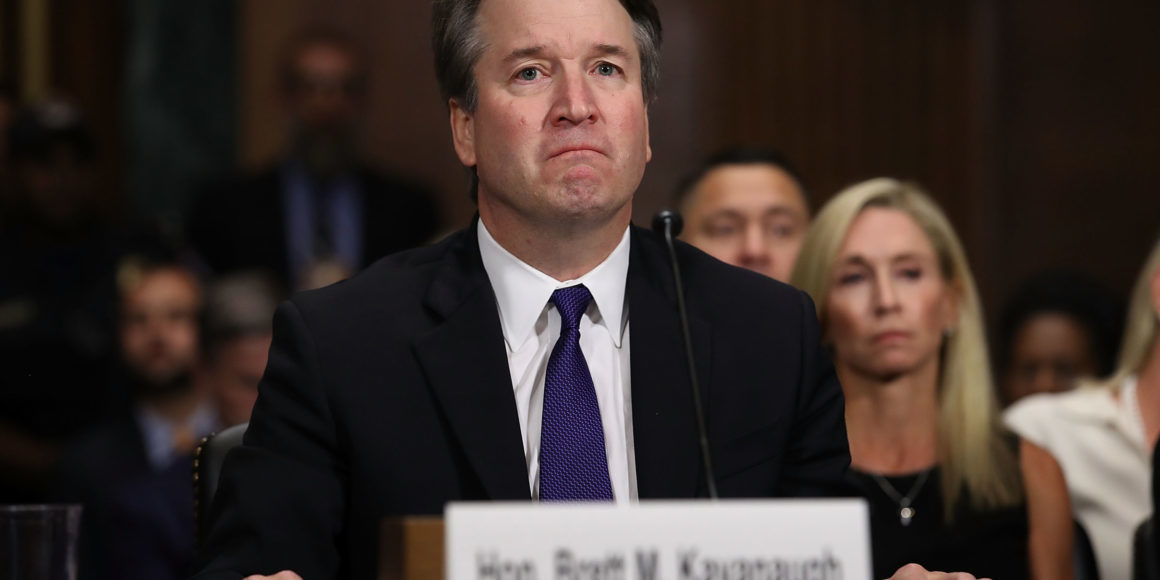 Do you believe Judge Kavanaugh who says he has never committed a sexual crime?  Do you believe Christine Blasey Ford who asserts that Judge Kavanaugh sexually assaulted her in the summer 1982?  Today will be a day of the nation taking sides.  It won’t be pretty and I fear that many Christians will forget that they are supposed to be following Christ in this.

On this second part, I have found that many women and some that I know personally stand on the side of the accuser almost stating that the very fact that she is making an accusation requires us to believe her.  In the school year of ‘99/‘00 I was substitute teaching at a middle school in Battle Creek, MI.  I asked a particularly disruptive female student to go out into the hallway to take a reset and come back in when she was ready to remain quiet.  She refused to go out in the hallway and after asking again, she said one of the most chilling things I have ever heard.  In front of the entire class this 7th grade girl said, “I’ll tell the principal you touched me!”   My life flashed before my eyes.  I realized that if she did this, I would be done.  I don’t share this to declare that sexual assaults are not tragic, I say this to share my own personal story of the threat of false accusation.  She understood a power over me as a 12 year old girl.  I called her bluff and she went out into the hallway and I breathed again.

So which is it?  Is he lying or is she lying?  This will likely not be resolved by the hearing later today barring a “You can’t handle the truth!” type of moment.   And sadly, many are looking for good acting and the right tone to take in order to appear to be the most credible.  Kavanaugh needs to be compassionate, kind, but a bit less rigid in his delivery to be believable.  Maybe the make up artist can make him look less intimidating and more cordial toward women.  She needs to cry a lot and appeal to the many women who have legitimately endured sexual assault.

This negative portrait of the hearings is not to dismiss the gut-wrenching reality that many women have survived sexual assault.  Any sexual assault is a devastating reality and only serves to highlight the depth of the brokenness of human nature.  But I paint a negative picture of these hearings because the media is currently full of articles explaining what each side needs to say and how they need to say it in order to come off as credible to us: the court of public opinion.

Are we so shallow as a society that we will judge based on externals and theatrics?  I think so.  A poll came out yesterday showing that well over 60% of people have already made up their minds!  And there hasn’t even been a hearing.  But even in the hearing, many will just run with their gut.  He felt more honest, she looked abused, He gives me the creeps, and so on.

The bottom line for me and the reason I am even writing this blog is to celebrate the only thing I know to celebrate in a broken world full of injustice.   This morning I am celebrating the One who is Righteous and Just.  I believe that there is one who knows the truth and will bring all wickedness to light!  My hope is in him.  Our justice system, the court of public opinion, and even many Christians can be duped.  But God will not be fooled and He will bring complete justice in the end.  Those who believe that there is no court above the legal system must be perpetually frustrated with lack of clear justice.  But for the Christian, we have a hope for a justice FAR above the court of public opinion.  I am praying for our country today, and would encourage you to pray as well.

Why I Love The ReCAST Church Elders
September 23, 2021