Billy Graham and a Snapshot of Faith 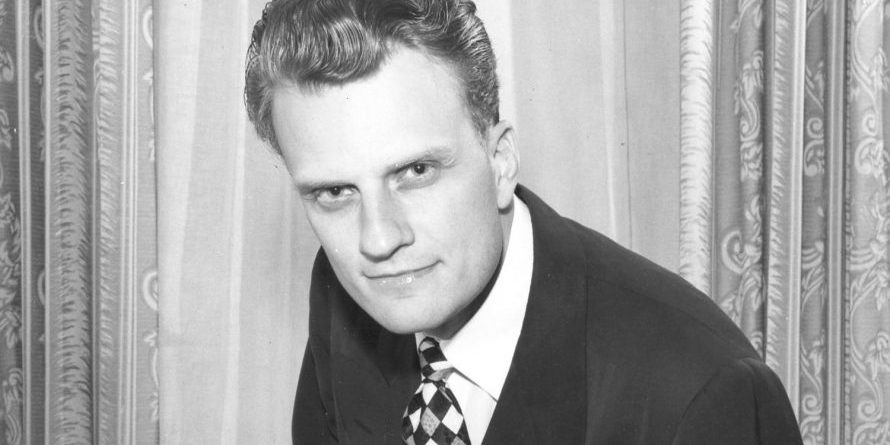 The quote is powerful. It is poignant. It was prophetic, even if it is somewhat unfair to predict one’s own death.

Two men of faith, who in these quotes model for us the substance of faith and hope. At the risk of killing the beauty of these statements, I would like to spend a moment dissecting this quote from Billy Graham to identify the components of his faith that infused him with hope during his his brief 99 years.

1. “Someday you will read or hear that Billy Graham is dead.”

Billy Graham believed in the fall of humanity into a state of sinful rebellion against God. He believed in the problem. He knew that death was a consequence of our rebellion against a holy God. But more than generalizations, he acknowledged his own personal mortality in a brave, bold, honest, and public way. He reflected on the reality of death and even encouraged others to come face to face with this reality. He did not do so to merely leverage fear, but he did so to shake his audience out of slumber. There is one safe bet; we are going to die.

Billy Graham did not believe that the death of his mortal body would be the end of him. His strong faith in Scripture caused him to believe that there is more than just a material world that we can take in with our five senses. And he had trust that he would not cease to exist when his brain stopped waving. And the very nature of his quote was to encourage others to join him in his faith. Always pleading, always calling, and always seeking to convince, Billy was even asking YOU to believe that life goes on. He doesn’t want you to believe that he is dead. But he is now more alive than ever. Although this may be hyperbole, because technically, Billy is awaiting resurrection, his statement is not misguided, simply because the apostle Paul in Scripture agreed with him, saying “to live is Christ, and to die is gain.” But how could death be gain, when we were made for this material world?

3. “I will just have changed my address. I will have gone into the presence of God.”

Billy believed that when a disciple of Jesus Christ dies, they will go to the very presence of their heaven Father. The reason that Billy is “more alive” than you or I, is that he is in the presence of his Lord and Savior. He has changed his address to the courts of heaven! He now knows, even as he has been known: face to face. He sees clearly now what he previously had seen as a dim reflection in a mirror.

But this quote doesn’t tell the whole story. I think Billy Graham would wish that there was something else added to this quote that has gone viral all over the internet. Billy could’ve never allowed that quote to stand alone. I have no question that he would’ve added that the source of that hope is not merely some wishful thinking based on his hope that God might somehow be loving and forgiving. But Billy would’ve said something like . . .

“I see God in Christ reconciling the world unto Himself. I see the nails in His hands. I see the spike in His feet. I see the crown of thorns on His brow. I hear Him say, “My God, my God, why hast thou forsaken me?”.  In that terrible moment, Jesus was separated from God in a mysterious way that none of us understood. And now God said, “This is my Son, in whom I am well pleased. Believe in Him. Receive Him. And I will save you.”

But Jesus didn’t stay on the cross. They put Him in the tomb, and on the third day He rose again. And I do not offer you this afternoon a dead Christ. I offer you a risen Christ, a Christ that is at the right hand of God the Father, and who is some day going to come to judge the quick and the dead. I offer you a triumphant Christ who is going to win.

(This quote comes from a message that Billy himself preached in Charlotte, NC  on September  21, 1958.)

Billy is with his Lord, and he would want you to come along with him.  His whole life was committed to seeing more come to the one who saved him, died for him, forgave him, and gave him the hope that death would not be his end.

One day, I will die and you probably won’t read about it, because I am no Billy Graham.  But it will not be true . . . I will be with my Lord and Savior resting and awaiting a great day of resurrection.  And I look forward to chillin’ with the likes of Billy.