Blessings Around the World 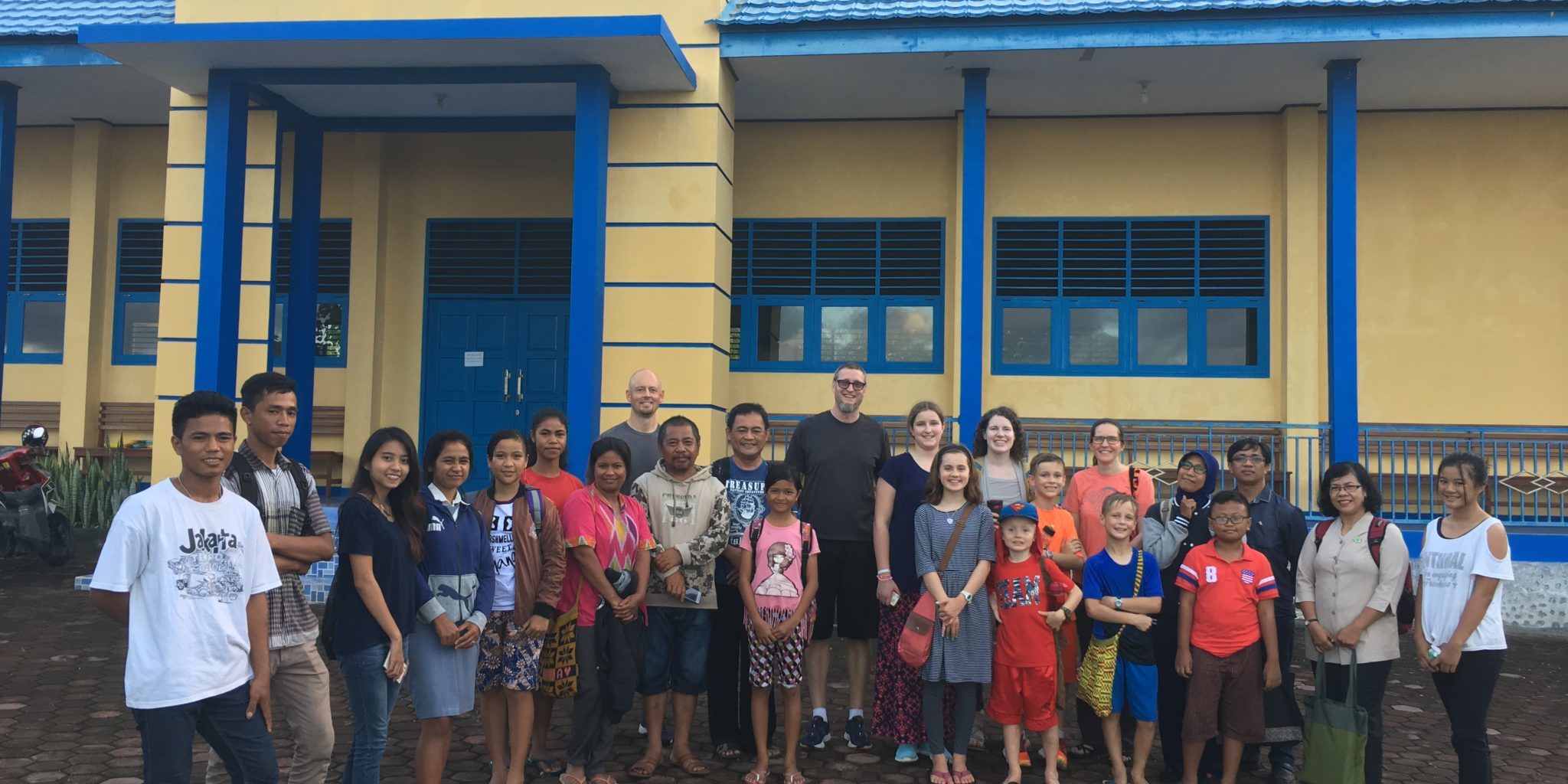 I am almost recovered from the jetlag. The trip to Indonesia was a grueling haze of airplanes, airports, waiting, and restless attempts to sleep in a smaller space than my body is made to occupy.

The trip was worth it. I cannot speak to any eternal results. I do not know how heaven will be directly impacted by this trip. There is nothing measurable, quantifiable, or even objective that I can point to as a solid evidence for the opening sentence of this paragraph. But I can tell you that over my years of walking this life with Christ, I am convinced that the currency of God is relationship and not greenbacks.

The incarnation of Christ serves as the paragon of this theological assumption. God didn’t send a care package. He came.

Here are five subjective results of this trip, that I believe made it worth the time, effort and resources. I would do it again in a heartbeat.

1. Our Arrival Showed Our Workers in Indonesia that They Are Loved

The kids were so excited at our arrrival and gushed all week with enthusiasm about our presence. The time we were together was packed with them showing us things that they had wanted to try to share with others from America but just can’t convey without being there. I really believe that if we had just showed up and sat on their couch for the week, they would’ve felt loved.

2. We Now Know Their Context

I feel like I can pray in a more informed way for The Lloyd’s now that we have been to the pasar (market), the community center, their home, and all around Manokwari. The routines of their daily life are NOT easy. And they could’ve told me that by Skype. But walking with them in their routine life for a week gave me a deeper appreciation for the sacrifices they have taken up for the cause of the King. I was deeply moved at the way that God has particularly equipped this specific family for life in Indonesia. Most of the people reading this would not survive in the daily rigors of collecting rainwater, filtering everything before drinking it, meticulous cleaning to keep the ants out, not to mention listening to the rats play above your head at night as you try to sleep (thankfully, Jingle Bells, the stray cat, is assisting with this and we didn’t hear the rats ourselves while we were there . . . Way to go JB!)

3. Linda and I Were Both Moved to Tears as We Sang Praises In Indonesia

Tears don’t equate with success in missions, but our souls were moved when in the middle of songs we didn’t understand we encountered a couple of particular words we did understand, ‘Yesus’ and ‘Hallelujah’. I have now had the privilege of singing the word ‘hallelujah’ with the people of God in Africa, South America, North America, Europe, and Asia. What a great thing to be reminded that around the world there are those who from every tribe, tongue, people, and nation who are being gathered into a global kingdom under the one true King. This was very valuable for us.

4. Leah Did So Amazing on This Trip

We took her at the request of the Lloyds because of her friendship with their four children. It was a bit of a wildcard as to how she would do with the travel and jetlag. But she was so enthusiastic about trying new things, jumping in and playing with the Lloyds, and experiencing their everyday life together with them. She played with them well!  And she left tearfully – crying crocodile tears when we were on the plane to leave.  She genuinely wanted to stay, and has even said that she could imagine eventually going to be a worker someday in a place like Indonesia. I could see this too. It was excellent to see my daughter in this amazing new light.

5. The Lloyds and the Filceks Have Grown In Our Love for Each Other

We spent a lot of time talking, catching up, sharing the good and the bad together. I mentioned that I believe that the currency of the kingdom is relationship, and both families made deposits and withdrawals while we were together. It was awesome to be able to sit down face-to-face and share with Zac and Leigh the many things going on back home in the church that they helped us plant. It was great for them to be able to share with us the many things that have changed in their lives with the set-backs, challenges, delights, and victories.

We certainly could’ve Skyped. We could’ve just sent them a few big boxes of stuff. We could’ve sent them the cash it cost us to travel to see them. But I truly believe in the end, we will find that our trip to Indonesia was time well invested in the Kingdom of God. I cannot prove it. But I believe it. And I am so grateful for a church that sent their pastor, his wife, and his daughter out to encourage our sent out workers in Indonesia.