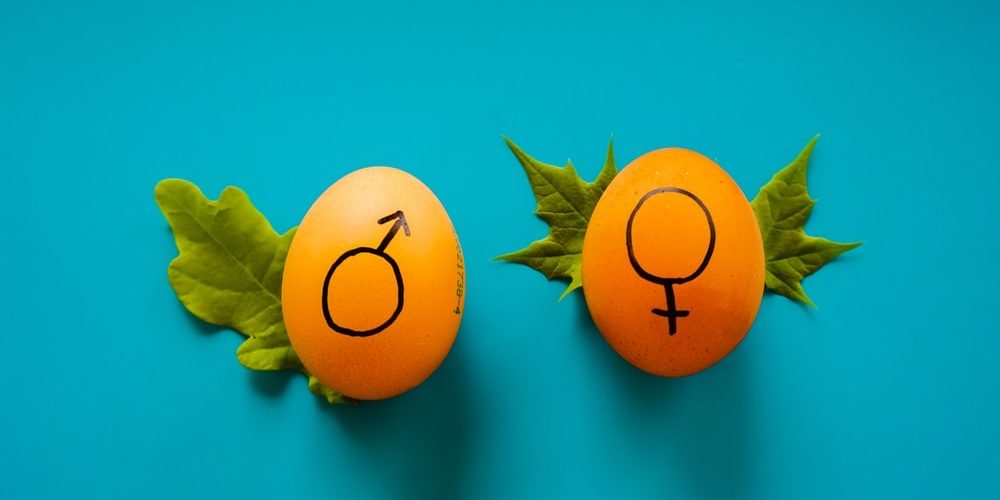 Can we assume that Eve was the first woman?  She was certainly the first female.  But is the word “woman” merely reserved for a gendered cultural expression that can only be defined based on social constructs?  I assume that cultural expressions were quite limited being that just her and Adam existed AND that the fashion industry was still off in the distant future.

I find it sorrowful that this blog subject, that would’ve been perceived as unnecessary even just a few years ago, is now a minefield of controversy.

It is good to start outside the realm of opinion to the fact that the Bible, regarded for millennia of western civilization as the Word of God,  expresses that in the beginning, God created mankind (humanity) in His image, and it immediately adds, male and female He created them!  God created the sexes.  But then WE created the genders, right!?

And I would gladly agree that many of our cultural expressions of gender are culturally driven.  God did not prescribe jeans for men and skirts for women.  Nor did God issue a toy truck to every boy at birth and a little doll to every girl.

But the fact that much of the distinction in gender expression is culturally driven, doesn’t mean that ALL gender distinctions are man-made (there are God-given propensities that more or less approximate gifts surrounding the distinct roles God gives to male and female but that may be for a different blog).  Nor does it necessarily follow that gender distinctions therefore do not matter.  God gives clear instructions in the OT law that male should be able to be distinguished from female, and that men or women that dress in a culturally determined way that accords with the opposite gender are disobeying God’s direct command.  Note in the following passage the ABSENCE of specific clothing, but the strong emphasis placed on the value of distinction between male and female WITHIN a given culture.

[5] “A woman shall not wear a man’s garment, nor shall a man put on a woman’s cloak, for whoever does these things is an abomination to the LORD your God.

In other words, the sexes are to be visibly distinct from one another based on culturally accepted gender “norms”.   And I recognize that this word may be a source of deep concern to some who do not acknowledge God’s unadulterated right to declare “norms and standards”.   But the point is that a difference between the sexes is to be maintained by God’s set apart people.  And I firmly believe that the reason we are to maintain this distinction, has nothing to do with how bad I would look in a dress and everything to do with gladness over the sex that God has assigned us through our biology.

I know that some will immediate turn to the biological reality of intersex people to try to put an end to this line of thinking.  But instead of USING those people to make your point, I would rather you get them in contact with me so that I can listen to THEM, maybe mourn with THEM, and express love for THEM as individuals.  My hunch is that many of them do NOT want to be used by you as a mere point in your argument.

God has created us male and female, and then He has further demonstrated through the law that He desires his people who love Him and are grateful to him, to maintain that biological distinction through distinctive gender expressions like clothing.

Every human has preferences.  There are biological men who have gender preferences that overlap with traditionally feminine “cultural standards” and vice-versa.  And yet for the person who desires to take God and His Word seriously, there is a call for biological males to stay revolving around the culturally accepted standards of masculinity, and for biological females to keep revolving around the culturally accepted standards of femininity.  There will be eccentricities to the orbits, but keeping our biological sex as the center of our orbit, is the call of God on his created image bearers from the passage in Deuteronomy.

I have not really heard Deuteronomy 22:5 mentioned lately.  I heard it as a kid and back then it was brought up in hushed tones with blushes and awkwardness.  “Are there men who want to wear dresses!?” we would whisper in Sunday school.  But I am not ashamed of the law of God.  In it is life.  In it is wisdom.

The law of God is for the benefit of human flourishing.  When we forget how to define woman or man . . . We certainly are at risk of unhinging our future.  The last time I checked, the future of my family line and my people is substantially tied to future generations being able to find someone of the opposite sex to marry.  And it really helps to be able to tell who is of the opposite sex.  And further, it is really helpful when people are grateful to God for the sex He has assigned.

Oh man, I know some are going to substantially disagree.  And I respect all people but not all opinions.  My guess is that if we disagree, it is going to come down to a fundamental disagreement about the nature of Truth and Scripture.  I take my definition of woman from Scripture.

The world at large is going to go where it wants to go . . . But in the church, we MUST understand that we are not left alone to try to use reason and logic or mere tradition to answer these increasing challenges.  The Word speaks to the fundamental questions of what we are AND how we ought to live.  And we are made male and female . . . And we ought to live like it!