Don’t be tricked by the Incarnation controversy 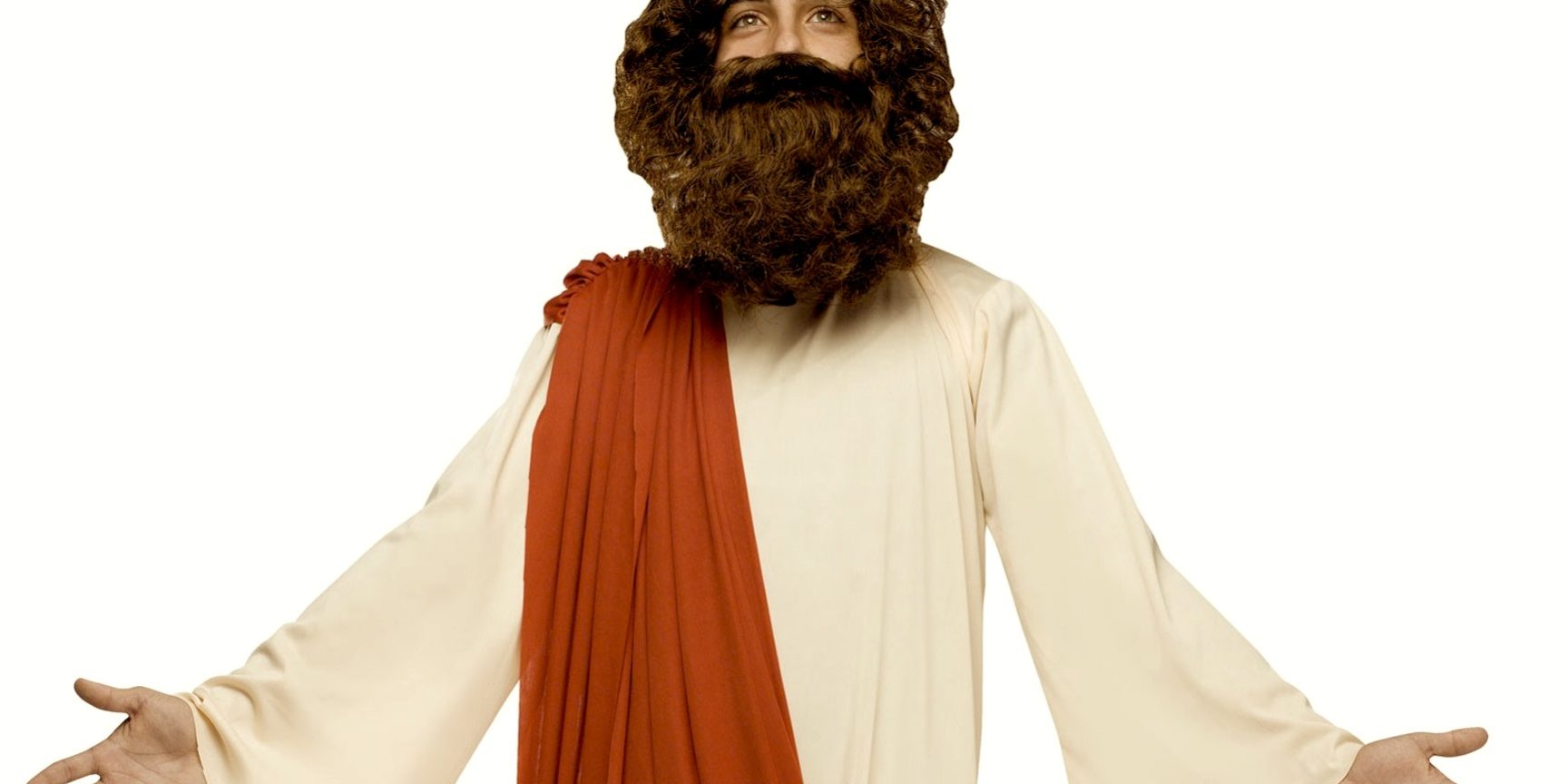 If you’ve been around ReCAST for awhile, you may have observed a few places where random, hopefully amusing, phrases pop up. I do this because I think it’s fun and if we don’t have to be serious (and we must on occasion), let’s loosen up. One place I attempt this smile-cracking is the eCAST subject line. Of course, this serves a second purpose, which is to trick you into opening the email. Another boring list of facts about church life, you say? Hardly! “Info more exciting than ducks in bullet-proof vests” just might nudge you from Archive to Open (or it may utterly disappoint you via the rule of unmet expectations, but let’s move on…).

Being cute and funny with stuff like this can occasionally go awry. Humor is peculiar, everyone has their own sense of it, and misunderstandings can occur. One such instance happened recently over the subject header to our Halloween eCAST where I wrote “The greatest treat of all was when Jesus dressed up like a human.” If you caught it, I hope you took it in the light-hearted, focus-on-Jesus way it was intended. It was a cheesy Halloween-themed way to remind us that the Word became flesh and dwelt among us, not the introductory line to Kyle’s Basic Bible Doctrines – Pagan Holiday Edition. But if you were thrown off by it, and sniffed an ancient heresy in that phrase, let me reassure you of ReCAST’s (and my) understanding of the incarnation of Christ.

Jesus was fully man and fully God (see John 1 and 1 John 1). This means that the eternal Son of God was born as a human child and had a real body with real flesh. He ate and drank, got sweaty, had to cut his hair, felt pain, and could actually die. Anyone who says that Jesus didn’t come in real flesh (that he pretended to have a body or was just a hollogram or something) is a heretic and has the spirit of the antichrist according to John (1 John 4:2-3). This heresy is called Docetism and says that Jesus is pure spirit and couldn’t be corrupted by sinful flesh, so his “human parts” were illusions. The metaphor of Jesus “dressing up” in human flesh was not meant to mean that he was pretending to be a man, like my daughter pretended to be Bat Girl last Thursday.

But Jesus was unique and this is one of the great mysteries of the faith, that he could be both man and God, 100% both at all times, but by being so, be different from humans as a “mediator” who could reconcile humanity and divinity. What do I mean by this? A couple examples: Did Christ always have a human body? No, he was born, so though he always existed (unlike you and me), there was a point in time (conception in Mary via the Holy Spirit) where he “put on” or “dressed in” physical cells with human DNA. This is the “became” part of “The Word became flesh”. Another example is how he came in the “likeness of sinful flesh” (emphasis mine). Jesus had real flesh, of the same type we have all inherited from sinful Adam, but Jesus was without sin. That’s his divine part and essential to his redeeming work on the cross for the forgiveness of our sins. God required a perfect sacrifice. If Jesus was sinful, then he would have just died as payment for his own sin. He couldn’t have substituted himself for our sins. So that’s why Paul says,

“For God has done what the law, weakened by the flesh, could not do. By sending his own Son in the likeness of sinful flesh and for sin, he condemned sin in the flesh, in order that the righteous requirement of the law might be fulfilled in us, who walk not according to the flesh but according to the Spirit.”
(Romans 8:3–4 ESV)

And in Philippians, he says again,

“Have this mind among yourselves, which is yours in Christ Jesus, who, though he was in the form of God, did not count equality with God a thing to be grasped, but emptied himself, by taking the form of a servant, being born in the likeness of men. And being found in human form, he humbled himself by becoming obedient to the point of death, even death on a cross.”
(Philippians 2:5–8 ESV)

These scriptures remind us that Jesus was all man but more and had to take on our form to be the Suffering Servant and fulfill the will of the Father on our behalf. THIS was what was intended by the phrase “dressed up like a human.”

This is certainly a mysterious paradox, but don’t be tricked. Jesus came in the flesh and had a real true body, but he was also divine. And by his life, death, and resurrection as a human, he made it possible for us lowly persons to “dress up” in eternal life, and that is a marvelous treat we certainly don’t deserve.