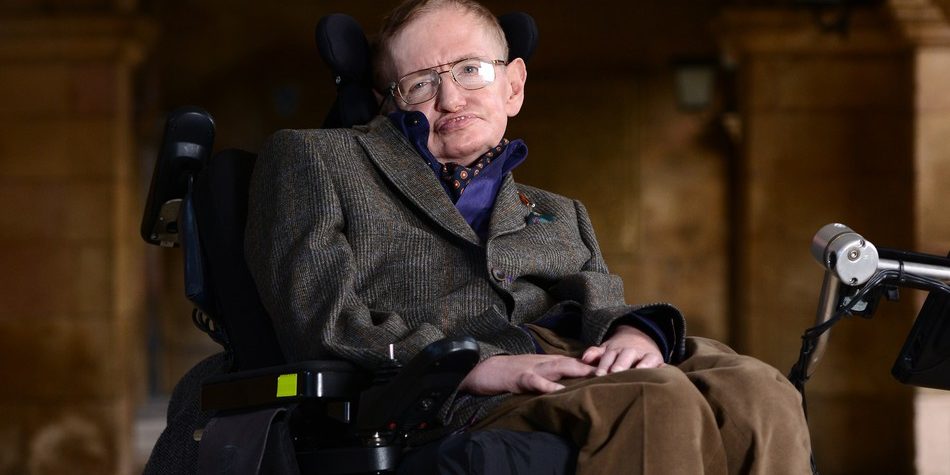 Once upon a time, there was a young man lost in the woods.  He had gone out hunting with his father and got turned around and the next thing he knew, every tree looked the same.  As he leaned against the trunk of a huge beech tree, he saw something flickering through the verdant underbrush.  As he wandered closer and closer, he came to see where the light had come from . . . Unmistakably, there in front of him sat a fully functioning laptop.  It was running and just happened to be opened and running the latest version of Microsoft Word.

It wasn’t plugged in, and yet here it sat in the middle of the woods, running all by itself.  The young man found nothing unusual about this event in the least, because his primary assumption about the world around him was that every single thing is merely the result of natural processes.  ‘How amazing is chance!”, thought the young man.  Over time, the plastics came together, the glass, and copper fused together to form the right systems, the hard drive, the keyboard, the monitor.  Maybe lightning struck at just the right time setting this computer alive with power and energy.

The above is a story of fairy tale proportions.  It is not a true story, just in case you were wondering, but it is BASED on a true story.  The little boy in true life is Stephen Hawking and every other person who ascribes to the following quote by the late astrophysicist, “I regard the brain as a computer which will stop working when its components fail. There is no heaven or afterlife for broken down computers; that is a fairy story for people afraid of the dark.”

His use of the word fairy tale is quite ironic.  He would encounter something as complex and amazing as the human body with all of it systems and interdependent parts, and rightly identify it on par with something like a computer.  Of course he was specifically speaking about the brain, but I feel the liberty to expand his analogy to the entire apparatus of human life: the human body.

This thing that is a part and parcel of who I am, is an amazing thing.  Not merely because I am so ruggedly handsome, but also because it has such an intricate interface with the world around me.  I feel, taste, smell, hear, and see.  Further, I manipulate the world around me with motion, force, friction, and physics.  I also am self-fueling.  Although I am dependent on sources of fuel outside of me (like the really good cup of joe I am enjoying), I still am capable of manipulating the world around me to obtain the resources I need for survival.  Amazing!

To suggest that we are computers and then move on to dismiss as a fairy tale the notion that someone designed the computer is a bit disingenuous or ignorant.  I know where computers come from.  They are not naturally occurring.  When we find something in the woods with only a fraction of the complexity of a computer (say an arrowhead beaten to a point by a Native American) we are able to set it apart from the natural world based on the reality that information has been added to it.

I am not a believer because I am afraid of the dark (as a person impressed by astronomy, I quite favor the dark).  I do believe in an afterlife.  But that belief is not because I am afraid to cease to exist.  As a matter of fact, something sounds better about the  conclusion that there is no afterlife.  That sounds like a much less fearful conclusion than the belief from Scripture that there is a real hell.

No, I believe in an afterlife.  I believe in a designer. I believe in a genuine purpose to life that has been given to us by an Almighty God.  And one of the most compelling reasons I have come to believe, is that in my wandering through the woods, I have found computers, billions of them!  And I refuse to skip over that fact and believe the fairy tale that they just all accidentally came together there.  I just can’t muster the faith to believe that complexity comes from change and chaos.  Complexity comes from intelligence and design.  Stephen Hawking was right that a human is a broken machine.  And the Bible explains clearly, where it came from, why it is broken, and how it can be eternally refurbished.