Faith Matter in Our Current Events 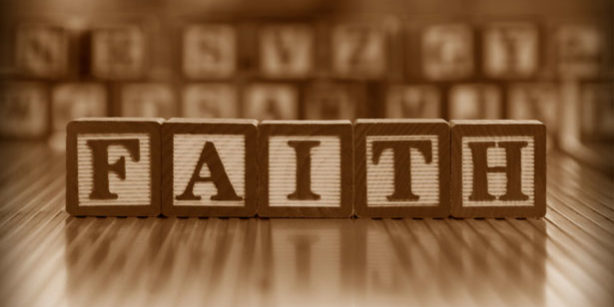 I do not know why I have a Master’s Degree in Muslim Studies. Let me be clear. It wasn’t an accident, like I woke up one morning with a headache and a fuzzy recollection of taking a bunch of classes in Muslim Theology. What I mean is that I haven’t figured out God’s plan for that degree in my life. I took those classes a couple decades ago believing that I was going to be working with Muslims for the rest of my life. I am a pastor in a small town in West Michigan.

So it is interesting to see so much going on in our greater culture regarding Muslims. Obama is refusing to identify the mass shooting in Florida as an instance of radical Islam. Trump agian says that we should shut the border. Muslims in England threaten to ban Trump from traveling to England. Islamophobia, radical Islam, and jihad are all over the news. In the coffee shop and in my home I am having conversations about Islam.

I find one thing to be significantly lacking from many of these conversations in our culture. I listen to the news, read articles, talk with people, and often absent is the concept of faith. We can be talking about one of the primary ‘faiths’ of humanity and most people do not consider it from the standpoint of faith. Without faith it is very difficult to understand faith.

But as a starting point of understanding, let me suggest that faith is one of the strongest human motivations. What we believe about ultimate reality WILL INDEED shape our behavior today. So for the sharp Muslim businessman trying to carve out a living in a Midwestern city, his faith is very personal to him and at the same time may reflect few elements of Islam. Ironically, a self professed Christian who believes that they must do certain things and obey many rules and jump through all the right hoops to obtain salvation may be closer to Islamic theology than the businessman I mentioned above.

I am not trying to force some type of relativism on religion, but just attempting to demonstrate the reality that each faith has a core understanding of God, gods, or ultimate reality, that are not adopted wholesale by each person who labels themselves a certain brand.

Having worked among Muslims from Pakistan while in the UK. I found most of them to be very generous, very gentle, and very kind. Even the one man who I met that has since been arrested and extradited for involvement in terrorism (when I met him he had no hands but metal claws on both arms because he lost his hands while making bombs in Afghanistan) was kind and cordial. He commended me for being a man of faith.

But the interest in Islam in our culture is not primarily about understanding faith. It is primarily about preserving our skin. We are only talking about this faith of Islam because we have fear. And so we skip the discussion about faith altogether and get right to the discussions about closing borders, prejudging all who bear a certain title, or even worse . . . people cut off pigs’ heads and throw them at Mosques.

Like replacing the battery in your car when what it really needs is a new starter, it kinda helps to understand the problems before you try to fix them. But in our increasingly faithless society, we have little room for understanding. Who is sitting down and listening? Who is in dialogue and seeking to understand the heart and mind. I have watched many hours of news and read many articles in the past few weeks, but I have seen little that is attempting to understand Islam from a genuine dialogue. I have heard a few sound bytes about all the worst bits of the Qur’an but no real attempt to understand what the difference is between the Muslim who comes to our border seeking a better life for their family and the Muslim who comes to our borders to take part in Jihad.

The difference between these two is a difference of FAITH. I would humbly suggest, that until we have a deeper understanding of this difference, we will have very few solutions. Unfortunately, from my perspective it is the very nature of our society that will not have this type of faith conversation that often radicalizes those who have a strong faith. Whenever I hear that word “radicalized” I often wonder what or who the person speaking considers to be the subject of the verb. For someone to be ‘radicalized’ someone or something must be doing the radicalizing. And I wonder if we were to listen, if we wouldn’t find the subject of that sentence for many Muslims involves a western culture devoid of a faith conversation.

I have met many Muslims with a wide range of beliefs, hopes, and values. And yet one thing has been consistent in all my relationships with Muslims, and that is the realization that Islam is a faith. And faith is is a very powerful and very personal force that requires the hard work of listening to understand. But I am not sure we live in a culture that wants to have a real conversation about faith.