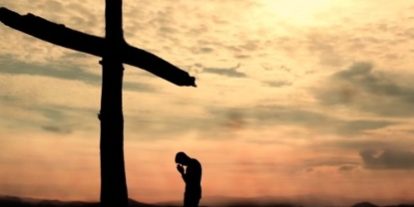 Update January 2019:  This post was originally published in October 2015.

In 2018, God brought Sharron Sternbergh to ReCAST.  She has had an abortion herself and has been a certified counselor with Healing Hearts since 2006, a ministry originally started to minister to post-aboritve women.   She is passionate about helping other women experience true healing, through the Word of God,  from past wounds like abortion but also including abuse (sexual, emotional, physical), divorce, rape, devastating loss, and other traumas causing anxiety, confusion and depression.  If you’d like to talk with Sharron, she would love to meet with you and share her story over a cup of coffee sometime.  Give her a call at 269-808-0770.  She promises all calls are confidential.

I’ve been in a pastoral role for over ten years.  I was an associate pastor for four years at a church of about 600 people.  I’ve been the lead pastor of ReCAST Church now for over 6 years.  In all of these years of ministry I have never met a woman who informed me that she has had an abortion, or a man who told me he paid for one.

I am not so naive as to assume that there are no men or women over the course of my ministry who have been personally impacted by a decision to obtain an abortion.  But nobody has ever said a word.

Some of the more liberal persuasion could look at this and assume that this is a good thing.  Maybe they just made their choice and moved on with life.  It’s none of my business anyway!

So I am writing this blog with one primary purpose.  To point to the foot of the cross.

Maybe you were young and she got pregnant.  You felt like life had just ended.  But then she decided to end the pregnancy and you felt relieved.  Her mom took her and that was the end of it, except that you have never been able to shake it.  That decision, that shame, that guilt has haunted you.

Or maybe you were a newlywed and the pressures of starting a new career and a new marriage were just too much when the pregnancy test showed positive.  You talked about it, argued about it, and settled on putting off having a child until a more convenient time.  And the guilt keeps you up at night.  You hurt and you cannot help think over and over again who that child would’ve been.

Maybe it was your daughter and you counseled her to go to the clinic.  She came to you in tears.  You flew off the handle.  How could she bring this shame to YOUR family?  And you paid for it to all go away.

I cannot deal with your guilt.  I cannot tell you that it wasn’t a big deal.  I cannot dismiss your shame with a wave of my pastoral wand.  But I can point you to the only place where I know that guilt and shame was decisively dealt with!  Jesus died for your sins!  Shame is the feeling, but guilt is the standing of a sinner in the face of a Holy God.  We are all guilty and we all feel shame.  But Jesus took on Himself the guilt and paid our penalty for our sin.  And he took on shame at the cross!

That is not an automatic transaction.  We only receive the benefits of that payment for our guilt when we come to Him by faith and ask Him for forgiveness and grace.  When we confess our sin, admitting it was an affront to God and ask for Him to set us free, in Christ we can be made free!

If there is one person who reads this, man or woman, who is embattled with guilt and pain and shame because of their involvement in an abortion, I hope that they recognize that Jesus offers the only hope for peace.

There is a huge stigma in our culture about abortion.  And that makes sense of why I haven’t had the opportunity to extend grace to victims of their own choices on this front.  But there is hope for anyone who would come to the foot of the cross, admit their sins, and lay down their guilt and shame!