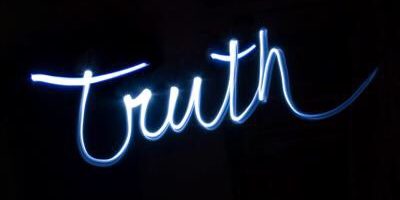 I am preparing to teach our youth group on Sunday night on the topic of Hinduism. I have a Masters Degree in Islam and a minor in comparative religions integrated with my Bachelors of Religious Education. I am not trying to set up my credentials, but to make sure anybody reading this knows that I have spent plenty of time studying other faiths. And the reason I want you to know that, is that I have found that it has had very limited value.

A general awareness that there are other faiths is helpful. It is good to know where other people are coming from, and I’m thankful that the leaders of our youth group want to educate our kids about what other religions believe. To recognize that there are other ways of thinking helps keep us from the dangers of ethnocentricity.

But the greatest pathway to knowing the truth is not through studying what is false. As a matter of fact, I think best way to recognize what is false is to study the truth.

I have found limited value in my academic study of various faiths and one of the primary reasons is that formal study of a religion leads quite naturally to stereotypes of anybody who identifies themselves with something I have studied. I think I know them by studying what they are supposed to believe. I have met Muslims who knew less about Islam than me. I have met American converts to Hinduism that didn’t believe in the gods.

I do not think what I am doing on Sunday night is completely pointless or I would not be doing it. But I think it must come with some significant cautions. I will certainly be communicating often that these are the things that many Hindus believe. Knowing about other religions really won’t serve any Christian well if they don’t first understand God’s truth as revealed to us in Scripture.

But in the end, ReCAST is a church founded upon the truth of God’s Word! The “T” in ReCAST stands for Truth. And it is our fundamental desire to teach the truth, hear the truth, believe the truth, and live the truth. And if we do that, I am convinced that the church will continue to grow in faith toward God, love toward community, and service toward all, including people of other faiths.