It’s Getting Hot In Here 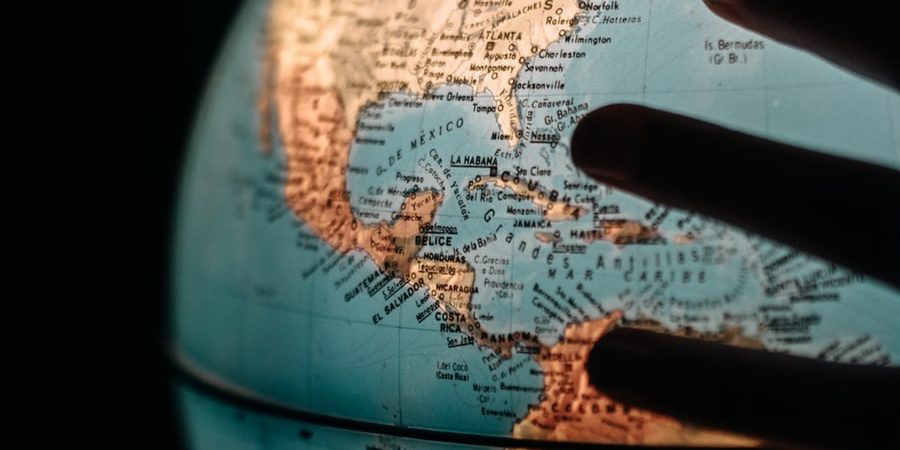 I don’t care for you to know my personal opinions about global warming.  They are a hodge-podge of theories and unsubstantiated feelings that come from reading various articles and opinion pieces based on little to no research.  I do not know who to trust on the subject.  But I do want to be clear that I have never been moved to fear or alarm over the subject.  My lack of fear does not equate with a lack of concern.

So why write a blog about Climate Change if I’m not even going to share whether I believe the temperature is rising due to human caused conditions?  I have made a couple of recent observations from the news that has grabbed my attention swirling around the subject of climate change.

1. There seems to be a consensus that the climate is our responsibility!

There is nothing more Biblical than a reaffirmation that mankind was made in the image of God and therefore was given dominion over the planet to cultivate, care, and rule over it.  In this sense, whatever we find that is broken has been pushed back by human intervention.  A Christian doesn’t need to be a climate change activist, in order to acknowledge a responsibility to care for the earth.  God forbid that climate change activists would have the corner on care and concern for our environment.  As Christians, we need not adopt an attitude of fear in order to encourage initiatives that will improve the conditions of our environment.  I fear that the heightened rhetoric of man-made climate change, could cause undue division between the church and the rest of society.  To be clear, one need not believe that the global temperature is increasing due to carbon emissions in order to take serious action regarding our environment and climate.  Fear should NOT be the motivating factor for the church.  The God-given responsibility to care for this place SHOULD be the motivating factor.

2.  We seem to be a culture that has forgotten to protect our children!

Most people by now have heard the name Greta Thunberg.  She is a 16 year old Swedish climate change activist.  She has not been involved in any independent research.  She has no degrees and no higher education.  She cannot speak with any authority of her own.  I do not point this out to despise her youth, but I think it is important to realize that her intense fear of climate change, her vitriol about climate change, and her lack of hope for the future has not originated in herself.  It can only have come to her from sources outside of herself.  She is without question a creation of adults who have stolen her childhood with adult sized fears.

Certainly a 16 year old is mature enough to be able to handle some deep issues.  And some may argue that this next generation will bear the burden of any climate change and therefore should be brought into the solution.  I can hear all the arguments.  And yet if you listen to Miss Thunberg’s scathing rebuke of adults before the UN Assembly, it is clear that SHE believes her childhood has been robbed from her!  She outright states that adults should be taking care of adult problems.

She is onto something.  We are a culture that hasn’t allowed kids to be kids.  When did we stop protecting our kids from fear and an intense sense of responsibility? Listening to Greta makes it very clear that she FEELS the weight of the world (or at least the temperature of the world) on her shoulders.  It is sad to me, to see a 16 year old in this state.  She has indeed been robbed of a childhood.  I’m not sure who did the robbing, but someone in her life has allowed an unrestrained fear to carry her down a dark and angry road.

3.  Climate Change is an excellent pathway to globalism.

I grew up in the 80’s when every pastor worth his weight in salt was preaching on the end times and the book of Revelation.  I had my own fair share of childhood fear regarding a coming anti-christ, a rapture, a one-world global government, the mark of the beast, etc.  I guess fear can be used by either side of an argument, right?

But what was really interesting to me, was a recent discussion of potential ulterior motives that could be fueling the climate change movement.  I was curious to learn what people who deny climate change think is truly going on.  If one doesn’t believe that the climate is changing, then what could possibly be motivating scientists and global political leaders to say that it is?  And I asked this question to a person who didn’t grow up in the church.  He wasn’t there in the 80’s when pastors were going on and on about a one world government predicted in Scripture.  And without missing a beat he answered, “globalism!”  It was clear to him that there is a drive toward a one world government that will cure all of our human ills.  And with his one word answer, I was brought back to the 80’s like I was riding a Delorean time machine!

I am not one of those guys who is going to ever predict the return of Christ, other that to say that today is one day closer than yesterday.  I am confident He will return. And I am confident that climate change is indeed one avenue by which the governments of the world could be brought together in a common goal.

These three observations need to be brought together in one conclusion.

And from that would flow the truth that it is good that we would look for energy sources with less adverse environmental impact.  We should encourage plans that genuinely result in less waste and better efficiency.  We should never litter, and we ought to consider how best to care for this planet we have been given.  And if the church took up the cause of planting trees and helping our environment, we might just find that we have a better impact than any global conglomeration of countries!  As our culture has become more and more divided, I fear that the church has sought to distance herself from causes that she disagrees with.  But how could a Christian ever disagree with taking care of the planet?  We have a command and a God-given purpose on this planet to do so.  I know we might not all see eye to eye on the actions that need to be taken or even the true issues, but we seem to agree that we bear the responsibility.  And if we can agree on the responsibility, then that ought to be a call to all to do something to cultivate, maintain, and care for this place we call home.