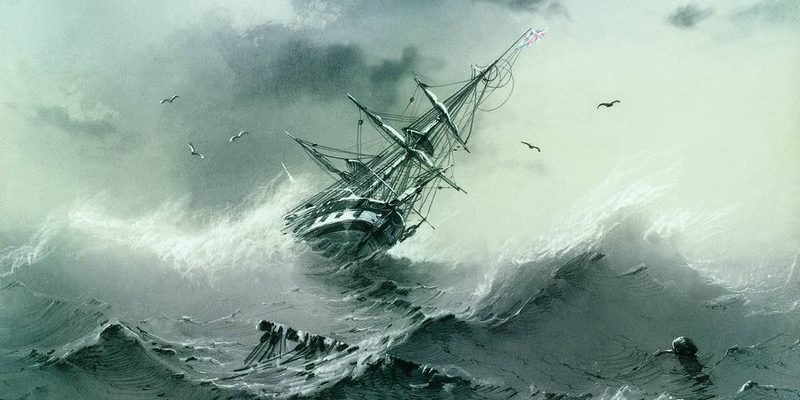 As I was reading through some obscure parts of the Old Testament about the assigning of cities of refuge, God impressed upon my heart His great grace in recognizing the messiness of life in a fallen world. The concept of the city of refuge was God making a provision in the event that someone accidentally kills another. A city of refuge was a place where that person could flee in order to be protected from retribution by the family of the deceased.

In writing it seems straightforward, in real life this is messy. And God knows how messy our lives become in a fallen and sin-cursed world. I love the concept of the city of refuge, because it identifies one of many ways that God provides grace in a world cursed by sin.

But it also, caused me to begin to pray for wisdom and discernment in a world full of sin and messiness. Being a leader among humanity is like being at the helm of a ship that has been breached in the middle of a storm. We are taking on water. Chaos swirls around. Justice seems always out of reach. Even truth is often clouded by deceit and doubt.

In this presidential cycle, I am moved to consider those who tell us they are best equipped to steer this ship of fools. Humanity is taking on water, we are in a cycle of each generation ramming into the icebergs of sin and rebellion against our Creator. Who signs up to lead in this situation?! Who steps up and says, “I’ve got this one!”?

As a pastor, I am a leader of sorts. But I didn’t sign up for this because I thought I was the answer to the problem. I believe that I am here at the helm of a church because I know the direction to safety. And the direction to safety ought to be a bit disconcerting to all, because my task is to ground this ship on the shallows of God’s grace. I am to call out “ramming speed!” as the waves and fury crash around us and we set the prow on a collision course with the violent grace of God. We set our course toward death . . . A dying to ourselves in which we find true life.

My work is not to lead people out to deeper and safer waters . . . It is to bring us right up in the midst of the rocks and aim for the island of sacrifice and salvation. My course LOOKS like an abdication of earthly hope. There is always a temptation as a leader to aim for safety, to aim for the easier road. I am convinced that the pathway to salvation is found through the narrow gap of grace found only in Jesus Christ.

I continue to point the way to Jesus. In the messy chaos of life He is the only one who has dealt with our messes. He is the island of sanctuary in the ever swirling storm of human brokenness. And we must set our course toward Him and abandon all hope of rescue in anything else.

Who would put themselves forward as the answer to this chaos? It seems to me like there are three primary options.

1. Those who have some sense of divine calling. Some have a sense that we cannot save this ship on our own, but know the direction of salvation. These would be humble and recognize that leadership is most often pointing to a solution that rests outside of the leader.

2. Those who really don’t understand the desperate gravity of our plight. There seem to be many who do not have an accurate assessment of our chaos and mess.

3. Those who over-assess their own skills at steering sinking ships. Some would become self appointed saviors who have a pretty lofty opinion of their own agendas, skills, and leadership. But sinking ships can be pretty hard to steer.

I would suggest to you that one of these three typify every leader or would-be leader. And I think that these issues are fundamental to leadership within the church as well as outside the church. A Pastor who believes that he is the answer to his church’s problems will not steer that ship aground on God’s grace.

I want to be a man, abandoned to God! And I would love for the next leader of this nation to be one who has an accurate assessment of the problem and doesn’t believe that the answer rests in their own skills. I believe the best leadership is leadership that acknowledges the depth of human depravity and believes that the solution rests outside of us!

For now, my place is on the deck only ever pointing toward Christ trying with every ounce of strength to beach this ship on the grace of God. And when we come into those shallows, we find the impact softened by His love, and a peace in the midst of the storm surrounding us, and we are welcomed into the sanctuary of His eternal protection.