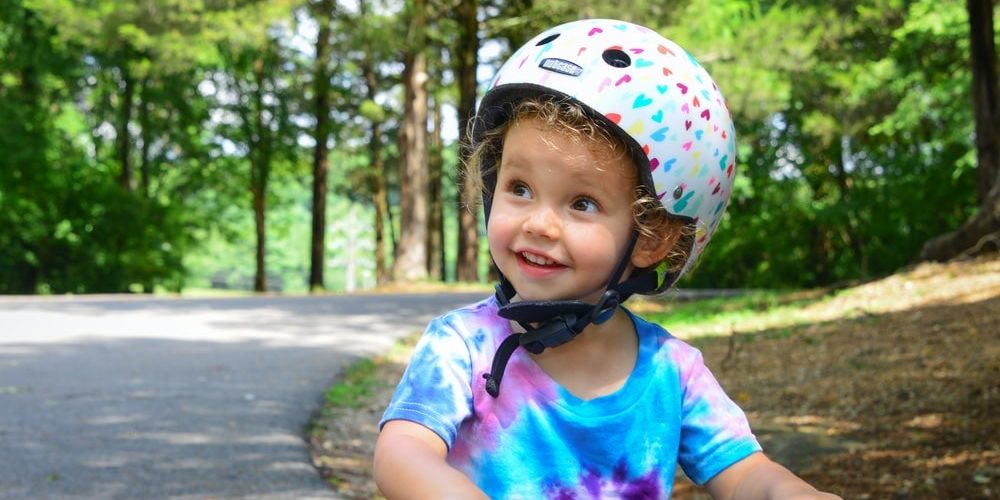 To my shame, I can let a day just happen.  Some days are just overcast and glum.  My ability to be overcast is just as fickle as the Michigan weather.

But I preface that as being to my shame, because there are little graces in each and every day.  I truly believe that the difference between a good day and a bad day comes down to observation.  Every day has wonder.  Every day has delight.  Every day is a gift of God in grace to me.

In the matter of a half hour bike ride yesterday I observed three things that made me consider God and His work in the world around us.

The first was a matter of timing.  I was riding my bike through a neighborhood that I often use on my 10-15 mile route for exercise.  It is a flat and open neighborhood with large lots, large homes and very few trees.  As I was blazing down the road I could see up ahead a little tike on a bike with training wheels coming down his driveway, so I slowed.  This little guy must’ve been around 3 years old and both his mother and father were on either side of him even with the training wheels on his tiny little bike.  He saw me several houses away and began waving and pointing.  His parents looked up at me and we made a connection that their little guy was super excited to see someone else on a bike.  His little mind made the connection.  As I rode by, waving wildly and smiling, I could hear him over the sound of my audible book shouting “bike! bike!”. His mom and dad smiled . . . And I was off to the rest of my ride.

Even as I write this the little guy’s enthusiastic connection makes me smile.  It was such a small moment.  Such an insignificant thing as to be nearly nil in the big picture of the cares and concerns of my very adult life.  But it was a moment made by God.  It felt like a chance occurrence but was guided by a sovereign God who orchestrates timing and placement.  And I was there on my bike.  And the little guy on his.  And he was wildly enthusiastic to meet a fellow biker in the way.  How many moments like this do I miss, by refusing to be present in the present?  May God give me eyes to see His grace in the littlest of moments!

The second was the guy who flipped me off.  Those who have never tried biking on the roads may be surprised to hear about the animosity that bike riders often receive.  In this instance a pickup truck was off on the shoulder up ahead of me with its four-way flashers running.  As I approached and prepared to pull around him, he turned off his flashers and took off right in front of me squealing his tires and sending gravel in a rooster tail behind him.  I looked up in time to catch him “flying his flag” out the window until he crested a hill and went out of sight.  He flew his flag for much longer than he needed.  I got his point from the first glance.

Will we receive good from God and not the bad?  Was the little boy’s delight to see me orchestrated by God for my benefit while the flag flying pickup truck dude was a gap in God’s control?

I smile at both.  One leads me to smile a genuine broad-faced crows-feet kinda smile.  I wear the other smile with a bit of snarkiness draped on my face.

The third thing I observed, tied those two experiences together in my mind.  As I climb the most steep hill on my routine ride, the road usually gets my attention.  For that reason I have never noticed what I saw yesterday on my ride.  Just into the edge of the woods off the road I saw a little blue spruce growing up.  It was only a couple of feet tall but perfectly shaped and formed except that growing right up out of the top if it was a small maple tree.  These two trees are locked in a battle for space.

One of them will win.

I am not eager to assign good guy and bad guy in this long drawn out tree battle.  But instead, I was impressed by this tiny illustration of the realities of life in this fallen world.  There is a constant competition for space and time.  We live in a world where we can see both darkness and light on the same bike ride.

The hope given by the Bible is that the one who is running the radio for this giant game of musical chairs, will end it on the side of good! This is not to say that things will get better in some short-term immediate scale.  But HE will take it all to a good, gracious and kind ending!

We can just take the ride and ignore the lessons . . . But there are plenty of daily graces available for us if we would just open our eyes to see. Every day is full of wonder.  Some of it is painted in the smile of child connecting with a fellow biker.  Some of it is painted in the middle finger of a dude in a pickup.  But all of it is here for our understanding.  All of it here is a part of a rich life orchestrated by a good God who is bringing about a good end for those who are His.