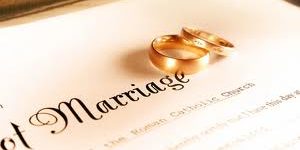 Certainly the Supreme Courts consideration of the same sex marriage ruling has grabbed some attention in the media (and by media I mean social media). We are certainly a culture of moral diversity, ubiquity of self-expression, and a lot of red equal signs.

Despite the reality, that any blog on this topic will likely not avoid the controversy of the subject. (It would be ignorant for me to even address the subject without being prepared for the debate). However, as much as possible I am going to attempt to limit this blog to one aspect of the national dialogue that has troubled me . . . very much.

It has become popular, almost overnight, to assume that if a person doesn’t support “gay marriage” then they must hate homosexuals. They must be a bigot. And they must be homophobic. But what I posted on Facebook, I will again state here, “I patently reject the notion that I must fully agree with or support the behavior, actions, or self-definition of anyone in order to love them.” Love is not a wholesale endorsement of every and all things that a person does.

I had a recent phone conversation with a woman who identified herself as a lesbian, and she was irate. She was not in the least bit polite or kind to me, and she has never met me. She called me names, and basically said the world would be better without me. Ironically, I was never even given a chance to explain my own personal thoughts on the subject. She assumed that she knew what I believed because I am a pastor and kept on the offensive.

Even my attempts to express love toward her was rejected by the statement that my love is only theory. But love to me is anything but theory. Love is ultimately a sacrifice of self for the help of another individual. I do not require a survey of a person’s sexual practices before offering assistance. True love and connection with others is messy in a sin cursed world. I am grateful for many who have been loving and kind to me despite the things I do that they do not approve.

I love the way that Dr. Albert Mohler concluded a panel discussion I attended on the subject of homosexuality and the church. Dr. Mohler can be a polarizing figure and very outspoken against homosexuality, and yet he ended with a very humble statement that I will need to paraphrase. He said in effect, “that when interacting with broken people in our churches, we need to remember that the ultimate reality is that we are all sexually broken people. Nobody is unscathed in this fallen world in regard to their sexuality.” His point being, that we need to approach the topic with caution and care as broken people, speaking in broken ways, about brokenness.

As a pastor, my goal is to bring the love of Christ to all, believing that God has a plan to redeem, transform, and give hope in the midst of our brokenness. And yet I am under the firm conviction, that I can disagree with you and still love you.