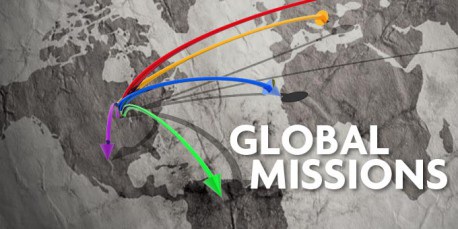 From childhood, I was enamored by various cultures and history, and social studies always had my attention. When that interest collided with the realization that missionaries were the rock stars of my church context, a trajectory immediately formed in my life! Who doesn’t want to be a rock star?!

So I found a wife that wanted to be a missionary too (this was literally part of the very first conversation I had with Linda. Think cheesy pick up line: “want to be missionaries together?…”). I went to Seminary with inter cultural studies as a focus, and off we went to be the rock stars . . .

And all that idealism and youthful drive had no power to prepare us for the rigors of interpersonal conflict we experienced intensely in our very short run. Very much like rock stars, the drummer decided to sit out of the concert because he wasn’t getting enough attention, the lead singer always had a cold, we became disillusioned, and the band broke up after just two years, and Linda and I were back home in the states . . . jaded.

Through a bunch of VERY providential events The Lord led us to plant a church. And to this church we brought our baggage. And so this blog is a confession of sorts, that ReCAST has been quite inefficient and quite behind the scenes regarding the global mission of the church. For five years we have been supporting missions around the world and we have been generous with the money God has blessed us with, but we have not done well to adequately communicate the passion of God toward the nations.

This is my fault. And I am hoping to fill in this gaping hole by shoring up communication and encouraging a greater mission presence.

God is certainly passionate for His glory and good news to spread throughout the entire globe. And it is His good desire to set aside some people to be his ambassadors to other cultures. It is the privilege of the church to partner with those who he has sent out!

If you attend ReCAST, keep your eyes out for upcoming information about the local and global ministry we have financially supported for this coming year. And be in prayer for the work of God throughout the globe. Maybe he would decide to call you to something more than just youthful zeal and misguided passion. Maybe He would call you to be his ambassador to a place you have never been.