Only for the Elite? 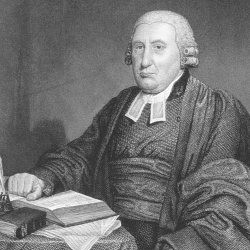 How smart do we need to be in order to understand the Bible? I ask this question because I am beginning to see a pattern of Biblical interpretation that is nothing new, but is being applied all of a sudden in many cultural contexts. From the egalitarian debate to the gay Christian debate, many are currently using a model of Biblical interpretation that basically suggests that you are not smart enough to read the Scriptures and understand what it says. You need someone with a PhD to tell you what it means, or better yet, to tell you why it doesn’t mean what it says!

And in this last sentence is the rub. I am all for scholarship. I have more than a couple of books on my shelves in my office and I actually read them. There is not a week that has gone by since I became a pastor that I have not consulted with someone much more educated than myself on the Bible. I love research and believe that we need to work hard to get down to the meaning of the Scriptures. So I am not advocating a simplistic and uneducated method of interpretation that requires no work. But I believe there is a BIG difference between research that is being done with the purpose of uncovering the meaning of a difficult text and research that is done to explain why a plain text doesn’t mean what it says!

This latter style of research is one that is on the rise. I can read clearly that the Bible calls homosexuality an abomination. So what kinds of gymnastics are required to get that to mean that homosexuality is acceptable? Paul, while setting the church (general local churches according to 1 Timothy 3:14-15) in order wrote to Timothy to not allow women to teach men or exercise authority over them. It requires a lot of work to get that text to mean that it is okay for women to preach and exercise authority over men in a local church.

So regardless of the issues we face, I want to encourage people to read their Bible! Trust those words. Trust the Spirit as the one who revealed those Words! If you are a follower of Jesus Christ and have been rescued from certain destruction by His sacrifice on the cross, then sitting under the Word, trusting the Word, proclaiming the Word, and obeying the Word will become more and more valuable to you.

Now some of you may be thinking, “But don’t godly people differ in their interpretations?” Of course! But I would suggest to you that more often than not, those differences come about due to logical conclusions drawn from the text and not from the text itself. We all have the same evidence. We all have the same words in the same book. And I would suggest to you that those words are understandable, trustworthy, and attainable to all who seek to study it. It is not too complicated to understand and yet it is deep enough to keep the scholars busy.

Studying to understand the difficult passages is one of my favorite things to do. I wrestle. I read. I look at context and wrestle some more. But at the end of the day, I am convinced that no one needs to have a PhD in order to understand the pages of Scripture. Any interpretation that ties you in knots and leaves you with the opposite meaning that you arrive at from a clear reading of the text, probably has an agenda.

And we often have agendas! I believe that this accounts for a lot of diversity in interpretations. Sometimes we get done studying and we don’t like what it says. And so at this point we can either accept it for what it says and come under the authority of the Word, or try to find someone who can tell us why it doesn’t mean what we think it says. I think so much of what is passing for scholarship today, is the result of many armchair theologians who are all too eager to offer easy interpretations at discount prices.

Read it for yourself. Study it. Wrestle with it. Come under its authority. It is the very word of life, from God, and it is attainable for you.

The Glory Packed in the Manger
December 5, 2019