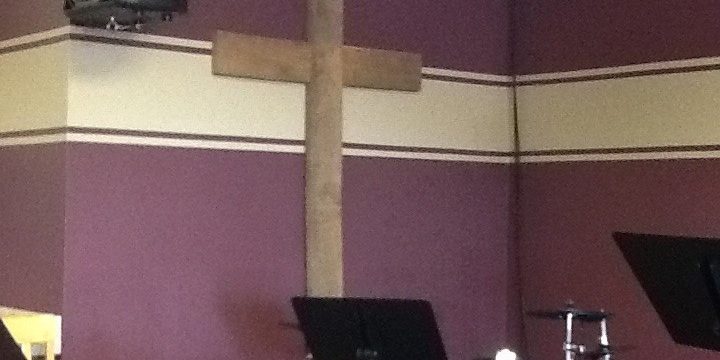 So maybe you didn’t notice, but there are some political campaigns under way in this great land. I’ve watched some debates, read some articles, seen some posts, hid some people from my news feed (on both sides of the aisle), watched some TV ads, received some postcards in the mail, heard a few jokes, and I have stuck to preaching through a series on the book of Galatians.

Because of my role as a pastor, I have bitten my lip in many personal conversations, even though I am very interested in the political process and do have some strong opinions! Here are three reasons why I will not speak on my political views at ReCAST Church.

1. I am convinced that my people need less of me telling them what to do and more of a vision of God and who He is. I believe it would be an abuse of my pulpit to bring forward my political views and make them a standard. I would be the first to tell you that I am likely on the wrong side in something that I believe regarding politics. And anybody who tells you otherwise is probably running for office.

2. I would consider myself a failure if anyone walked away from ReCAST Church with the notion that the gospel is tied to any political affiliation! In America we have a tendency to weigh down the good news of salvation in Christ with so much social and cultural baggage that when we are all done giving our opinions, it is hard to find any good news in there!

3. Lastly, my hope for humanity does not rest in any political or social movement! This is where Peter comes into the equation, because in 1 Peter Chapter 1, Peter lays out a cause for hope that reaches far beyond any political hopes for our nation. He says,

“3 Blessed be the God and Father of our Lord Jesus Christ! According to his great mercy, he has caused us to be born again to a living hope through the resurrection of Jesus Christ from the dead,
4 to an inheritance that is imperishable, undefiled, and unfading, kept in heaven for you,
5 who by God’s power are being guarded through faith for a salvation ready to be revealed in the last time.
6 In this you rejoice, though now for a little while, if necessary, you have been grieved by various trials,”. 1 Peter 1:3-6 (ESV)

Individual rebirth is the key to a living hope! And those who are in Christ have been promised an inheritance that is imperishable, undefiled, unfading, and secured in heaven! No political candidate can honestly make a promise like that regardless of which side of the aisle you are on!

I am convinced that we can get in the way of the gospel by portraying that our hope rests in this candidate or that candidate. But I am not first and foremost identified as a member of a political party, I desire much more to be known as a man of God. Does my faith inform my politics? Absolutely! But when we reverse the stream and my politics begin to inform my faith, that is where things get off kilter! If I think you need to ascribe to my politics in order to enter into faith . . . That is called the dark ages!

So like Peter in verse 6, in this hope (the good news of Christ) I rejoice, but it seems like for a little while we must all be grieved by various trials . . . Is it fair to call all these political ads, Facebook posts, and arguments: “trials?” I’ll leave that up to you to decide! Feel free to get out your thoughts and opinions . . . please get out and vote, but be wary of what you are communicating about hope during this political season!