Setting the Bar Too Low 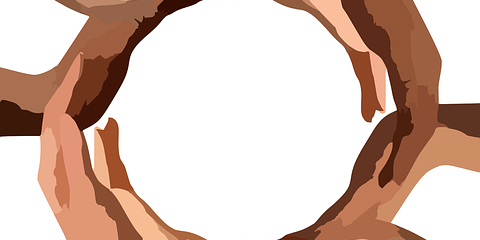 I could never imagine when I became a pastor, that I would be called upon to declare my personal stance on murder.  Nor could I conceive of a cultural climate in which I would be pressed to verbalize my opposition to racism.  These are two things that have felt so self-evident to me that I cannot believe that I must say them openly.  In line with the open and clear teaching of Scripture, I oppose murder and racism.

Ironically, I have now crossed the line that many require of me.  I oppose the murder of George Floyd.  I respect black lives and desire for black people to flourish and find their hope in God!  Is this enough?

Statements are easy and cheap.  Making a black background for my Instagram or putting a frame around my picture on Facebook may be helpful to show some level of solidarity for a season.  I am not opposed to these short-termed signs of solidarity with black people in their social struggles.  But these things can by nature only ever be short-lived solutions.

What I am suggesting, however, is that we love black people best, by taking the time to do some heavier lifting.  We can protest police. We can protest social systems of inequity.  We can protest the government.  We can even protest the protests if we so choose.  But much of this betrays a fundamental misunderstanding we have about society.  We ARE the society!  And if society has a problem, then WE have a problem.  If the society is broken, it only shows that WE are broken.

Of course, many will let themselves off the hook by saying that these problems are caused by those bad people out there!  We can vilify bad political actors, bad public safety officers, or bad social institutions.  And all of this huffing and puffing only serves to build a deep and thick smoke screen to avoid seeing the real problem.  As long as we sit in our safe rooms pointing fingers outside, we neglect to acknowledge the horrific reality that we have brought the problem in with us.

This reminds me of the movie, “the Village” by M. Night Shyamalan.  The movie follows a group of people who moved away from society to avoid the evil and wickedness that was rampant OUT THERE, only to find that evil is bound up in the human heart. They brought it with them.

Unless we see a revival of humble repentance for our prejudices, we will enact all kinds of large scale societal change only to wonder why the problems won’t die.  We cannot legislate the cure.

For this reason, I believe it is more vital than ever that the church of our Lord and Savior, Jesus Christ, doesn’t get bogged down in social, governmental, political, or superficial solutions.  Instead, we ought to repent.  We must turn away from the sins we have harbored in our own hearts.  Sins of both known and unknown prejudice.  We must plead with God to reveal in us ways that we have been a part of the problem.  And then we must pray for His forgiveness and His cleansing.

Our society wants big change (at least this week).  And I do not mean to say that we ought to oppose new social changes, or legislation.  But we know that our problem is so big that no social reform will ever push out human sinfulness.  The great strides realized by Dr. Martin Luther King Jr. were fabulous.  And they were not enough.

But we are not without hope!  What God is doing is so much higher, so much more glorious, and so much deeper than any attempted cure for these racial divides.  In Revelation, John was granted a vision of the throne room of God where people from every tribe, tongue, people, and nation surrounded the throne of God and worshipped Him in unison.  God is working a plan to heal.

I have had the privilege of singing his praises with people from all around the world.  I have heard the name of Jesus in person on the lips of Palestinians, Indonesians, Pakistanis, Ugandans, Ticos, Indians, Nepalese, Mexicans, White and Black Americans, Chinese, Japanese, Saudis, Moroccans, Spanish, French, Italians, Swiss, British, Hungarians,  and more. And on those occasions I was granted a foretaste of that future worship, and it was beautiful.

The church must always be willing to ask Jesus for perspective.  We must always be willing to allow him in our hearts to clean up the darkest corners and the musty and dirty closets.  Longer lasting reform can only begin when the church takes a serious look inside and turns away from our sinful prejudice and self-centeredness.  There is hope and peace, and a chance to show love and lasting change in this.  However, our current tendency may be to just post some verbal agreement on social media and think we have done our part.  But please don’t set the bar so low and so temporary.  As long as we all think the problem is “out there”, we will not recognize that the smell is coming from in here!