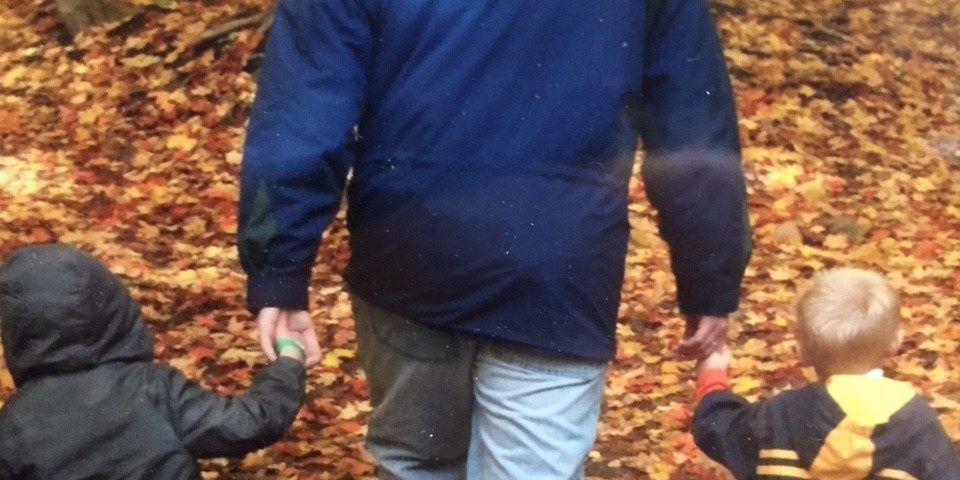 I cannot speak to the topic of fatherhood as an expert.  I do not have a degree in sociology nor psychology.  But I have been a son and am now a dad.  Further, I can speak to what it has meant to be a young man growing up without my dad in my life.  My father died of cancer just three days after my 8th birthday.

We live in a culture that has marginalized the role of father to an extra.  On the stage of life, many view dad as the comedy relief, the foil to the ever competent mother, or in our darker moments . . . the oldest liability of the family unit.

I recently read a blog by a woman who was raised by two moms.  And she identified a distinct gap in the expectations with which she was raised.  She missed her father.  She wanted her father in her life.  And she intuitively grasped that a dad brings a different set of expectations than a mother.  I concur.

It is difficult to accurately discern which of my weaknesses and shortcomings can be traced back to the lack of my father in my life, but there is one that stands up above the rest for me.  I don’t have a model for fathering my own children.  I know that many who had a father may immediately disparage this gap by pointing to the frailty or weakness or even meanness of their own father.  But I can say that I missed something by not having that strong influence in my life.

I also believe that I have struggled in competence in routine skills around the house, because the standard expectations from my mom (and there were significant chores and tasks) more often centered around cleaning but not around fixing, maintaining, or creating.  My mom did an amazing job as a young woman who lost her husband and was left with a 10 year old daughter and an 8 year old son.  Any lack that I experienced was not due to her lack of effort.

But the lack remains with me deep into the years of my life.  As a father, I am challenged to think more carefully about my role. I am challenged to train my children more deliberately.  To lead my family in more deeply spiritual ways.  I do not believe that our culture is going to show my sons how to be a good father! Our culture doesn’t even seem to remember what a father is for.  And the world will certainly not demonstrate for my daughter what a good man looks like.

Those of us who lost our father early or never knew our fathers, still have hope.  And the closer I have drawn to my heavenly Father, the more hope I have that my kids will find something that they have been created to need from me.  Kids need a father and a mother.  And I can testify that something is missing when one or the other is removed.