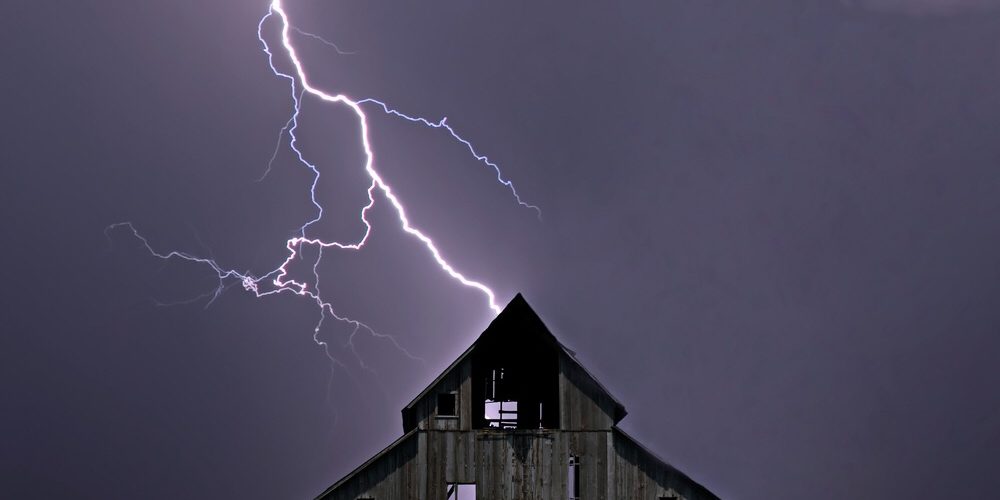 Last night (or early this morning) the first thunderstorm of the season rolled through west Michigan.  I woke up to the frequent thunder and lightning.  One particularly close blast shook our whole house and within a minute, frightened kids were in my bed.  Thank goodness for a King size bed!

The storm grabbed my attention.  It was certainly more powerful than me.  I lack any ability to divert the weather!

The power of a fierce storm makes it an excellent tool for God to teach us about Himself.  Storms are frequently used in Scripture as a tool of both revelation, and teaching.  The flood of Genesis is obviously an epic storm that demonstrated the fierce judgement of God on those who turned away from Him in wickedness and distrust.

God when He chose to appear on Mount Sinai circled the mountain with storms clouds and terrifying flashes of lightning, showing His awesome power.

But I am grateful that God doesn’t only use storms to demonstrate a judgmental power but he also utilizes storms to show his power to bring peace.  When Elijah was in a tough place, hiding out in a cave and needing to hear from God a terrible storm smote the mountainside, but we hear that God’s voice was not in the storm, but instead God’s voice came to Elijah as a still small voice.

And then there is Jesus.  A storm whipped up on the Sea of Galilee and the storm was powerful enough to frighten some seasoned fisherman.  And Jesus (unlike me and my children last night) slept.  When he was finally awakened by his disciples, He proceeded to calm their fears by calming the storm.

And beyond a cliche metaphor of sappy innuendo that “He can calm your storms too”, there is something more fundamental that is revealed about the character of God in this event than his mere power.

God is not a God of the storm, nor is He a God who merely calms storms!  God is a God who utilizes a whole host of means at His disposal to reveal Himself!  He is a communicator.

I love to to watch a good thunderstorm.  But I have never been through one that didn’t cause me to reflect on my own lack of control.  I don’t control where the lightning bolts land.  I don’t have a method for diverting the power of the winds.   But I know the one who with the phrase, “peace be still” quieted the storm!