Too Old for Video Games? 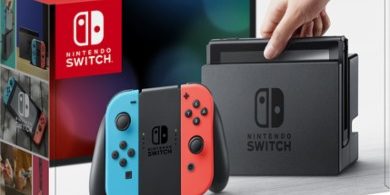 I play video games. As a middle-aged man, north of forty, I feel like I just admitted to being immature, unproductive, and generally juvenile. I find that video games are a good way to unwind my mind. My StrengthsFinder profile reveals that I have input, learner, and ideation . . . Meaning that my mind is always churning through new ideas, old ideas, and many other diverse ideas. I am not saying I have a particularly brilliant mind, but I do have a very busy mind. I read a ton for my work, and although I enjoy reading, I find that sitting down with another book at the end of a day is not particularly relaxing. A good video game helps me to be able to disconnect from my work and relax with a good sprinkle of virtual challenge.

I am writing about this, because I have a significant life of experience regarding video games, and I have not always had a healthy relationship with gaming. I believe that God is concerned for all aspects of my life, and it has taken me quite a while to bring my enjoyement of video games in line with a reasonable theology of entertainment.

My relationship with video games goes back to the Atari 2600. It was one of the first full color video game consoles and my family got one for Christmas in 1980. I was almost 7 years old and it was captivating! You could move things around on a TV and interact with it. It was unlike anything I had ever experienced. It gave me a sense of control over something. I was instantly hooked.

So let me share seven observations that I have learned over the years for the 12 of you reading this who are interested in a theology of entertainment in general and video games in particular. I believe that these seven observations can translate or speak to most forms of entertainment (watching sports, netflixing, movie going, or even reading). Some will disagree with me lumping all of these together. I have been told that reading a novel is so much more valuable than playing through “Zelda: A Link to the Past” (the current game I am working through). This is not a research project and I will not speak at all to the psychology of video games versus reading. I will agree that reading a good novel is a good use of time. But it is still entertainment at its core. It is superfluous, voluntary, unnecessary, and undertaken primarily for enjoyment.

Early on in my marriage, I was coming off of dorm and apartament life in college and me and my friends would often stay up late playing video games. As long as I was getting good grades and paying the bills (I was working three different jobs at the mall at the time) I felt like I was doing well.

So after marriage I would stay up late playing on into the night. During seminary I made some really dumb decisions to be out with friends hanging out and playing Super Mario 64 (cutting edge game back in the day) while my wife was working to put me through seminary. Let’s just say, that this was not a good foundation for a first year of marriage. That was a foundation that has had to be broken down and reset over the course of years of more responsible actions, love and service! I am even a bit embarrassed to write what is genuinely true of my marriage in those first couple of years. Video games interfered with my role as a husband to Linda!

I am currently at a point where the standard in my home is to set a timer and play for 30 minutes. This doesn’t always happen, but it is a standard that is set to help me and my children acknowledge the passage of time. Video games are so immersive that time goes by so fast.

I have also found that there is a time relationship related to entertainment that FOR ME, produces diminished returns. I never left an all night video game session feeling good about myself. I may have felt like I conquered many levels or obtained all the stars on all those levels or defeated the dungeon, but I never felt like I was successful at life after bingeing! The more time I spent playing, the less I felt good about my life. I believe that this applies to all forms of entertainment. Watching football all day may be satisfying in the fantasy realm of big men moving a ball down a field to victory, but in the real world, of dirty dishes, messy kids, and (often rightly) angry wives, a day on the couch with the remote is a recipe for discouragement.

3. Video Games have helped me to connect with my kids in overt and subtle ways.

I have two teenage boys. I have sought to try to teach them moderation in the area of entertainment. I am not sure how successful I have been. I do know that having the experiences of my own failures early in marriage coupled with my own enjoyment of video games has helped me to tackle in a more passionate way, the issues surrounding video games for my kids. I want them to learn balance and reason in this area of their lives.

We have had many conversations over this subject, and I am able to speak knowledgeably about video gaming as a man who has had to learn moderation.

But secondarily, I also have a good deal of insight into video games themselves. I have played Minecraft and know what my kids are talking about when they fall into lava and lose everything they’ve been working for. I also know games I don’t want my children to play.

I have a sense for systems that are more kid friendly and systems that are going to be promoting a lot more rated M for mature titles. I wonder if the average parent knows that rated M for mature is the R or even NC-17 category. Do parents know that some video games now feature nudity!? Do parents know that an M rating means that there will likely be the most colorful of four-lettered words in the on screen dialogue? Do parents know how utterly interconnected video games are with chat features that allows 60 year old creepers to interact with your 11 year old daughters and act like they are friends!?

Video Games can be very serious, and yet I have spoken with many adults who assume that video games are merely childish diversions. Without intentional adult supervision, video Games can be real world dangerous, despite their virtual guise.

As I mentioned before, I am a mental processor. I can go do physical project around the house . . . I have fallen in love with cutting down trees, splitting woods and putting in a good day of physical labor. But I work all day long as a pastor on those days when I am physically active. I run over my sermon, I am solving problems, I am wrestling with “should’ve saids” or “should’ve dones”. And I am setting up my schedule for the next week and thinking about what is coming down the pipeline.

Video games are immersive and give me a chance to truly disconnect from the mental work. It is a genuinely recreational activity for me in a way that many other activities are not.

As I mentioned above, there are many video games that are not appropriate or beneficial for a follower of Christ. I believe that there is significant liberty in this area, and I will not provide a list of good and bad games. Some games intentionally glorify violence! Others are dark and sinister in their content. And there are some that entice the player into outright debauchery.

There are some games that I cannot imagine a follower of Christ playing without doing some damage to their conscience. I am more attracted to games that have puzzles, challenges, and immersive content with a plot.

6. Video games, when played with reasonable moderation, can be a great social outlet.

When the Nintendo Wii first came out with it’s motion controllers, we had many hours of great fun with friends and family laughing and interacting over simple party games. It was fun to connect over this new technology and some highlights were playing on that device early on with my in-laws and children.

7. I am excited about the release of the new Nintendo Switch.

I have preordered the system with the newest release of my all time favorite video game franchise, The Legend of Zelda. I am excited to have a new virtual world to explore and discover. I will work to play it with moderation but I am hopeful that we will spend some good family time with this new system laughing and enjoying the challenges together.

Video games are a real part of our world despite the virtual nature of the game play. And I am convinced that God is not judging those who enjoy gaming in moderation any more than he would judge a fan of healthy and wholesome fiction. But I have been down a journey that has had it’s share of rough patches.

Our interaction with entertainment is not the sole measure of spiritual life, but it is a measure nonetheless. We must be sure that we are bringing all aspects of our lives as followers of Christ, in balance with His calling for us to be Christlike. Someone may say, “I just can’t picture Jesus playing video games!” I respond to that by saying, “I can.”