Wars and Rumors of War 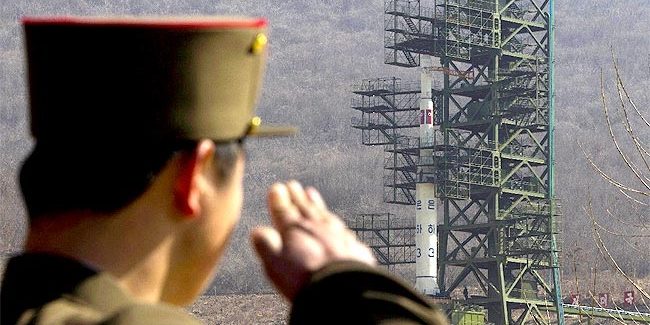 In Matthew 24 Jesus, talking to his disciples about the end, says, “And you will hear of wars and rumors of wars. See that you are not alarmed, for this must take place, but the end is not yet. For nation will rise against nation, and kingdom against kingdom, and there will be famines and earthquakes in various places. All these are but the beginning of the birth pains.”

This week the news is marked by rumors of war. North Korea has ramped up the rhetoric, and it remains to be seen if rhetoric is the right word. As of this morning every indication is pointing toward them planning to launch some type of medium range missile within the next two weeks. We live in a strange age. As a nation we have been waging wars on two fronts, with very little impact on the home front. The average American has not been asked to sacrifice anything. We can turn the news on and see something about Afghanistan or we can switch the station over to something that makes us laugh.

But I am guessing that anyone aware of the crisis forming in Korea has been at least a little unsettled. We are naive and ignorant of history in our assumption that America will go on forever unchanged except for progress. And yet the words of Jesus remind us of the ubiquity of war on this planet. There WILL be wars and RUMORS of wars. Jesus wants his followers to not be alarmed and to expect these kinds of things.

We need to pray for our country and for our leaders who are faced with VERY difficult decisions each day that have global implications.

Our position is not to be ignorant of the reality of wars and rumors of wars, but, equally, we are not to be alarmed by such events. As a matter of fact, Jesus goes on to see a seed of hope in these global issues.

He refers to earthquakes, famines, and wars as birth pains. These are the types of things that remind us that this world, full of sin, is not all there is. God is working through this mess, bringing to birth a new creation in which all of these evils will be finally put out.