Why Do You Stand? 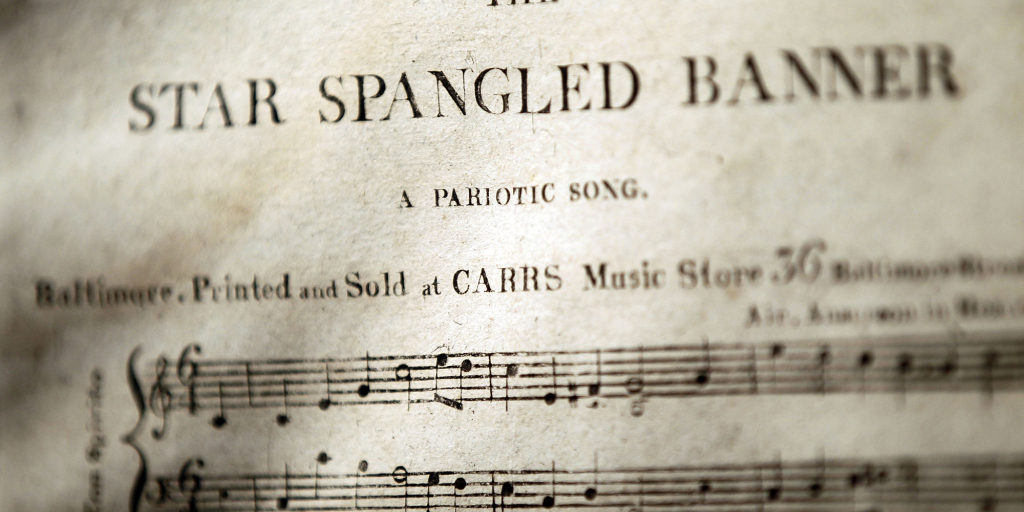 There seems to be some controversy over some professional football player who is refusing to stand for the playing of the nation anthem at the start of his games. I’ve read a couple of articles about it, and from what I understand, Colin Kaepernick is refusing to stand in protest against racism.

I will not weigh in on his right to protest, his means of protest, or even the subject of his protest, other than to say that I detest and reject all forms of racism. Racism is an insidious sin that pits one group of sinners over and against another group of sinners on the basis of biological categories of distinction. It is silly, infantile, and dangerous to ignore the stark reality that the entire human race is in a sinking ship together. We all need grace, we all need healing, we all need forgiveness . . . And regardless of race there is only one remedy and it works for anyone . . . And His name is Jesus.

But all of that aside, it made me curious why people stand for the playing of the national anthem. I can conceive of many reasons on a spectrum.

1. Some stand because everyone else does.

Some people have learned it as a tradition and it would feel weird to remain seated. There is no patriotism, no connection to ideals, values, or historical sacrifices for freedom. In this first category the stand amounts to peer pressure and very little more. I imagine that for many people, their stand has not ever moved beyond this.

2. Some will stand because they have some sense of the national anthem as loosely tied to the history of our nation. They have some fuzzy but far removed category of sacrifice that doesn’t move much beyond the fact that somebody, somewhere back in time sacrificed, so that I could own my own home and raise my kids in relative peace. Again, I imagine that this takes up another good chunk of those standing at an average sporting event.

3. Some will stand because they have experienced or known some of the realities of the sacrifice for freedom. They have lost loved ones in the service of our nation or maybe they have come from a culture where freedom had not yet been planted in the soil of that society. Some people will stand because they recognize that freedom is NOT a given to human existence, but instead must be maintained with vigor and often with sacrifice.

4. Lastly, I believe that some will stand because they would die for that flag. Many in this category have served, are serving, or are willing to serve and actively sacrifice for the freedoms that all Americans experience. In this last category are some who may see America as ultimate and I imagine that this is a small group that even includes some quite radical patriots who may even be moved to worship America as the highest achievement of humanity.

You may be able to think of other categories of those who stand at the singing of the national anthem and I would love to hear your categories in the comments section.

But I have one observation about these four categories before I divulge where I fall in my stand at sporting events. Simply put, I think that the number of people who stand because they think America is PERFECT are very few, if any. If America must be perfect before we stand to show respect and gratitude for the freedom that has been purchased for us by the blood of men and women of all races down through the decades, then no one should stand.

I personally place myself somewhere around the second category above. I stand because I recognize that I benefit from the sacrifices of others who stood on battlefields with bravery and fear to secure the freedoms I often take for granted. My father was in the Army during the Vietnam conflict and I grew up with a strong sense of being in awe that my father was a warrior for his country. I have at times even been moved in my heart at the playing of the national anthem.

I recognize that America has many flaws. We have many things to improve. I feel deep sorrow over the racial division that seems to continue to grow in our culture at large. But I still believe that the solution is here in our midst. I believe that the freedom afforded us as a nation gives rise to the freedom of religious expression that can lead us out of the racial divisions we are facing. It was not a fluke that Dr. Martin Luther King Jr. was a minister of a Christian church. And the freedoms he utilized, set our nation on a trajectory toward the recognition that in God, all humans are created equal.

We have not realized the dream yet . . . but I believe that the sacrifices of those who have gone before us have purchased us the freedom we need to develop better solutions. Without that freedom, we will get stuck in a pattern of repeating the same mistakes.

Why do you stand?