You are here:
Christian LivingPastors' Blog 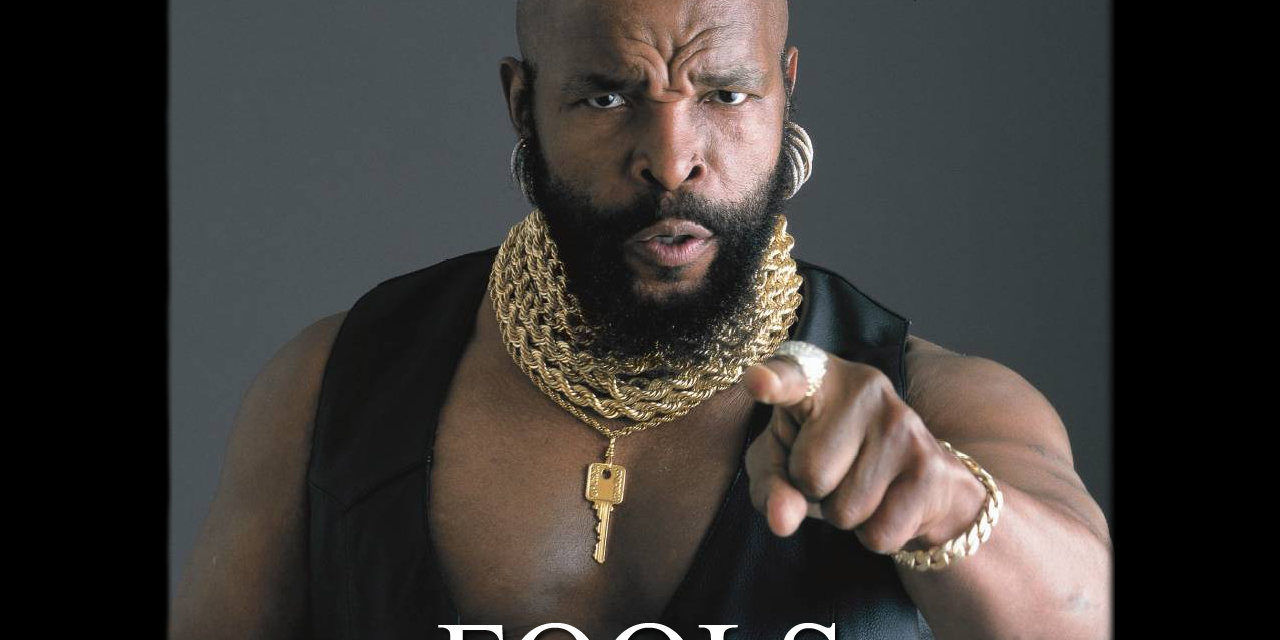 I am reading through the book of Proverbs in the mornings right now. It is part of a Bible reading plan that will take me through the Bible in a year.

If you open to a random page in the book of Proverbs there is a good chance that you will find the word “fool” on that page. As a book on the subject of wisdom the “fool” is the contrast to the one who applies wisdom.

And the fool as defined by King David in the Psalms is the one who says in his heart there is no God. There are all kinds of practical statements about fools in the proverbs. “A foolish child is a father’s ruin.” It is painful and destructive to be a father of a fool. “Better the poor whose walk is blameless than a fool whose lips are perverse.” It is better to be poor than to be a fool. “Do not speak to fools, for they will scorn your prudent words.” Advice given to a fool is wasted breath.

But as I consider the overarching theme of “the fool” I am moved to consider the ways I have personally played “the fool”. Every time I sin I am acting godless. I am behaving externally as though there is no one observing. I am behaving like God is not there, or worse yet, like my sin has no consequences!

The apostle Paul clarifies this mindset in Galatians where he says, “Do not be deceived: God is not mocked, for whatever one sows, that will he also reap.” I cannot think of anything more foolish than mocking God. Yet, what Paul says, is that sinning without the assumption that we will RECIEVE negative consequences is essentially mocking God.

I believe that we live and move and breath in a culture that is all but glorifying foolishness. And this goes for the church as much as it does for the world at large. We are quick to push the limits of sin in the name of freedom.

But the book of Proverbs doesn’t just poke fun at the problem of the fool, but it also offers a remedy. And I would suggest that our response to the remedy helps to show how far we have adopted the lifestyle of the fool, because the remedy is simply the fear of God.

And in much of evangelical culture, stock in the fear of God has plummeted! We are saved by grace! God is our buddy now, right? “There is therefore now no condemnation for those who are in Christ”, right? All of these are true except the buddy part. While God has called us friends, he is still not just a chummy dude we hang with from time to time.

The fool denies God, the fool acts like there are no consequences to his sins, but the fool also rejects fearing The Lord by assuming that sin is just no big deal. I have often practically “played the fool” in my life.

But I am moved in my heart to acknowledge God in His glory and His Holiness! I am convinced that the more we come to know God as he has revealed Himself, the more we seek to know Him as He actually is, the more we will be moved to fall before him in reverent awe and a healthy relational fear. We certainly can experience His love and grace, but never at the exclusion of His justice, might, power, and authority. When we meet Him, I am confident that “reverent fear” will be an understatement!