You are here:
MissionsWomen's Network 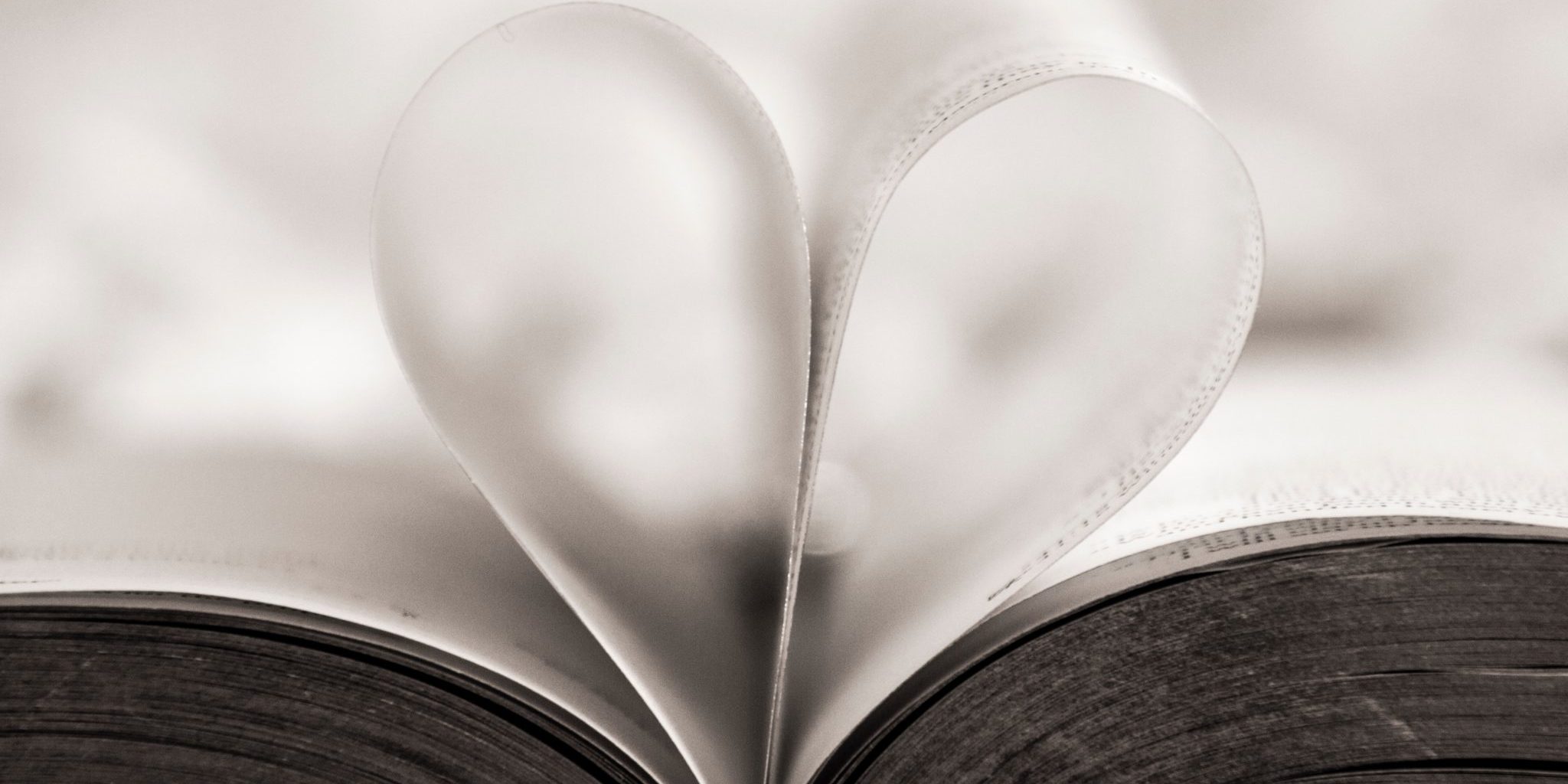 Island living is a daydream during the bleak winter months for most of us Michiganders, but that dream probably doesn’t include the hours of preparation and planning it takes Leigh Lloyd to make a meal for her family of six.  She joined me at my kitchen island to eat some BLTs that I had oh so easily procured by making a quick trip to Meijer and did her best to explain to me what life has been like for them as they followed God’s direction all the way to Indonesia.

Our family started attending ReCAST shortly before the Lloyds departed, so while I had heard where they were going and what they were doing, I didn’t know much about the background of how it had all come about and even less about what their life was actually like while they were there.

Leigh explained to me that their life here in Mattawan, MI had been good.  Zac had a good job.  Leigh homeschooled their four children.  They had been at ReCAST since its inception- helping start this whole thing.  Zac had been an elder and had also served as the treasurer and Leigh killed it on the drums for the worship team.  Reading between the lines, I would say they were overachievers by American Christian culture standards.  They both had this sense though, a sense that God wanted something else for them.  They weren’t sure exactly what that meant, but they knew they needed to be on alert for whatever the elusive “something else” was.  They wondered if perhaps they were supposed to live somewhere else.  Maybe that little niggle of unsettledness in their hearts was just because they were doing life in the wrong location.  Maybe they should just move somewhere else, but after exploring that option, it didn’t seem to exactly where God was leading either.

Every year the Lloyd family would go to Gull Lake Ministries Family Camp.  When they attended in 2013, they met a couple that they clicked with and when they returned in 2014, they saw them again.  The couple, Jake and Sara, had big news: they were planning to go to Indonesia to be missionaries.  They explained that they had connections to a community center on the island of Papua in Indonesia.  Jake and Sara also shared that they were praying for another family with children around the ages of their own children to accompany them.  As this conversation was happening, Zac and Leigh each had a moment of wonder and realization: this was it.  This the was the thing that had been just out of reach when they began to feel the stirring of restlessness.  Afterward, when they discussed it and discovered they both had had the same inner lurching of excitement, they decided to start praying about it and see if God would confirm that the new place he was taking them would be a totally different life in a totally different hemisphere.

The Lloyd family prayed and they asked everyone around them to pray and they felt ready to take the next step.  They researched and decided that the best way to go would be to join TEAM, which happened to be the same organization Jake and Sara, who had introduced the idea and would now be partnering with their in their endeavor.  What followed were many steps to prepare them, they had to raise money and take classes and eventually pack up, sell their house and move to Java in April of 2016.  There they planned to spend a year learning the language and the culture and preparing to finally get to West Papua where they would be running the community center- teaching English classes in order to develop relationships and ultimately share Jesus with the people to whom God had sent them.

None of the massive changes in their lives had been easy, but it seemed that God had been going ahead of them, blazing the trail so that they felt confident despite the challenges.  However, it was time for a curveball.  Jake and Sara, who had been with them all along and were planning to be their partners in running the community center, felt that they were being called to stay in Salatiga, Java where they had all been attending language school.  They would not be continuing with Zac and Leigh to Papua.  The Lloyds would be going alone.  They respected the decision although it meant that life in Papua was going to look different than they had planned and would require even more courage than it had before.  They were certain where God had led and so in April of 2017 they moved from the relative comforts of Salatiga to Papua.

It was a triumph to reach their target and begin to build their ministry.  The community center was already in place and a nearby university supplied many Papuans eager to take English classes.  Eventually Zac would teach afternoon classes (preparing his lessons and helping with the homeschooling in the morning) and Leigh would teach classes two days per week, bringing along the kids to help out at the community center.  Zac also managed to translate a love of basketball into ministry and offered basketball classes and also just a place for people to meet up and play.

It was a triumph to reach their target and begin to build their ministry.  The community center was already in place and a nearby university supplied many Papuans eager to take English classes.  Eventually Zac would teach afternoon classes (preparing his lessons and helping with the homeschooling in the morning) and Leigh would teach classes two days per week, bringing along the kids to help out at the community center.  Zac also managed to translate a love of basketball into ministry and offered basketball classes and also just a place for people to meet up and play.

For the second time since they had left the USA, they had to settle in and learn all the ways to survive in a new place.  Even a domestic move requires a long recovery time, but trying to acquire all the things needed to meet their family’s basic needs was a nearly herculean task.  There was no Meijer’s to provide one-stop shopping.  Papua being an island, made getting goods and food even more complicated.  Most items have to be shipped from other places which added to their cost.  Leigh wanted her family to feel as “normal” as possible so she continued to cook American style meals for them.  Everyone had already been transplanted into a new culture, so she wanted home to feel as comforting and familiar as possible.

It had been their tradition to have a family pizza night every Friday and Leigh wanted that to be able to continue.  Pizza, though, is not a thing in Papua, they couldn’t just order up some Papa John’s.  Leigh figured out how to get the right ingredients to make sauce, which she made in a massive batch and froze in pizza size portions.  Her freezer is actually one of her most essential possessions because it allows her to reliably have food.  Unlike going to any one of our grocery stores here southwest Michigan, the stores Leigh shopped at in Indonesia did not reliably have the same stock.  On the rare occasion that she found cheese- Leigh would purchase as much as she could and freeze it because it might be months before she could find it again.  She also had to make the pizza dough from scratch.  Pizza on Friday evening meant she had to get up in the wee hours of Friday morning to mix up the dough so that it could rise and be ready for dinner.  The meal the Lloyd family would inhale in fifteen minutes would take hours of preparation and planning.  Many things were like that, Leigh had to focus on meeting their most basic needs because even those required a great deal of planning.  In the same way that God had stripped down the structures around the Lloyd family to bring them to their most essential selves, Indonesia brought Leigh back to prioritizing the around her family’s most vital needs.

One of the qualities I appreciate about Leigh was that she did not try to gloss over their experiences.  In her position, many people might.  She had only just met me and we were getting together so that I could write this blog post.  It might have been tempting to leave out the hardest parts and just share the positive anecdotes.  Leigh readily shared with me the most profoundly difficult part of their experience: their home was robbed three times.  The second time, one of their children actually came upon the criminals as they were ransacking the house.  They felt violated and even though their things were able to be replaced, the illusion of security and sanctuary that had been their home was gone.  Leigh readily admitted that they were all traumatized to varying degrees from the experience.  It was hard to reconcile God calling them to work in Indonesia and then allowing these things to happen, but they chose to continue to trust Him and continue their work.

Grace, Bryce and Jayce joined Leigh in her visit to Casa Gilson (Reece was with his best buddy Hobbs that day).  I asked the Lloyd kids in attendance about Indonesia and they definitely had a favorite subject: the cats.  The Lloyds adopted what sounded like a multitude of cats while they were in Papua.  They described kittens being born and the various personalities of the cats.  If you have a weak stomach, don’t ask Jayce about the cat that they called “Droopy” who was banished from the house into live in the courtyard.  The cats were a source of entertainment, comfort and joy- a little gift from the One who sent them so far from home.

The Lloyds have been stateside since April.  They have been busy reconnecting with all their friends and supporters and taking advantage of easy grocery shopping and readily available medical care.  Their tentative return date is January 2020.  In some ways, they have come full circle, once again in Mattawan, waiting for God to illuminate the way.  There are some benchmarks for mental and emotional health that all the family members need to reach before they could safely and effectively return, so that will simply be on God’s timetable.  Just as God led and directed and caused their ministry to flourish, they trust Him now to lead and direct and show them the way forward.