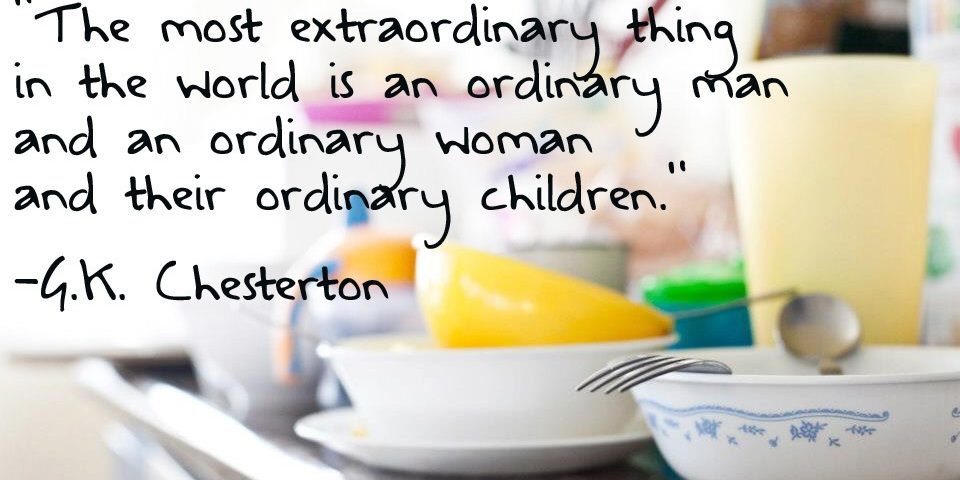 I have recently noticed a trend that is probably not very recent. I am often behind the times just enough that I am just realizing something is cool, right about the time it is totally on the way out. Know what I’m saying, my peeps?

But to the point, I have heard a lot of Christians recently encouraging others to make radical decisions for Christ. And who could argue against this? I mean, doesn’t God desire major, radical, crazy-love kinds of decisions for Him? And I want to be clear, that in this blog I do not want to devalue the big decisions that are occasionally made for the cause of Christ. What I desire to do, however, is to give some semblance of motivation for those who are longing for the adrenaline of adventure in a mundane world.

We are a culture that is restless. We have so much entertainment at our finger tips, we have so many distraction to keep us from relationships. The dehumanization and isolation of American life is yielding the fruit of restlessness and a longing for something more.

But part of the motivation for this blog struck me when I was on my way to South Haven last weekend with my boys. We were listening to contemporary Christian radio and the VERY famous Christian band was singing, “We know we were made for so much more than ordinary lives. It’s time for us to more than just survive we were made to thrive!” And my eleven-year-old son who has been diagnosed with overt literalism (Asperger syndrome) spoke up from the back seat and said, “That’s wrong! That song is wrong! We were NOT made to thrive . . . We were made to glorify God!!”

I almost had to pull over the car as I was overwhelmed by the simple truth that my son clearly grasped! To suggest that we were made to thrive is to suggest that my life is primarily given for my benefit! It is about my well-being, my success, my reaching my potential.

As I am preaching through the book of Genesis I have been amazed by the life of Joseph! He is an example of a man who endured ordinary, pushed down, mundane, painful life. He spent many years as a victim of betrayal. He was falsely accused and placed in the slammer. He was forgotten, forsaken, and I am sure felt the weight of every new day as a foreign slave in a foreign land. At one point we see that his meek and humble goal in life was to get out of jail.

As far as BIG DREAMS and A BIG PLAN, Joseph had none. He had encountered a literal dream that was given to him by God as a youth, but I am not sure how easily that translated into hope during his years of slavery and imprisonment!

All of this has come together with various other messages I have been hearing to lead me to conclude that there is a fairly pervasive notion in evangelicalism, that it is all about me. And I believe this is growing and not shrinking in our culture.

We are being encouraged to think of our ministry in terms of self-realization (know what you have been made to do), self-fulfillment (use what gift brings you the most joy), and self-esteem (you will feel best when you know how valuable you are!). But consider what nonsense this proves to be when you consider Joseph in prison, or David as a shepherd amongst the flocks of his father, or Corrie Ten Boom in a concentration camp!

Who is out there celebrating faithfulness in the little things!? Who is encouraging people to be faithful in their calling to ordinary (sometimes painful) things? I believe the Christian marketing branch of North America has been selling self-aggrandizement at the expense of self-sacrifice!

Let’s face it . . . We are not all exceptions! We are not all called to ‘radical’ ministry! Most of us are made for ordinary things! And I believe we can be guilty of stirring up an unhealthy discontent, a dangerous restlessness, or even an outright disillusionment in life, if we only ever celebrate the radical ministries!

I recently read the biography of Dietrich Bonhoeffer by Eric Metaxas. One of the things that struck me most by his life is the absence of a sense that he was doing major things for the kingdom of God. I believe that many people, who are celebrated for their achievements in life, would respond that they just did what they could within the time they were given. Very few people who do radical and extraordinary things have a sense that what they are doing is monumental in the moment.

I believe there is a time where God may be moving us on to take big steps for him. But I do not believe that this process begins with self-realization, self-actualization, and self-aggrandizement. I believe that the big things come with humility, a recognition of needs, and a heart willing to serve!

So rather than sitting back, waiting and hoping for God to do more than ordinary things through us . . . And rather than forcing our way into extraordinary ministry opportunities . . . let’s just be faithful in the little things he has given to us. And if He desires, He can call a few of us out to do big things, and we might not even know it is big stuff, because from our perspective, we are just being faithful.