Your Candidate’s Name Isn’t In the Bible 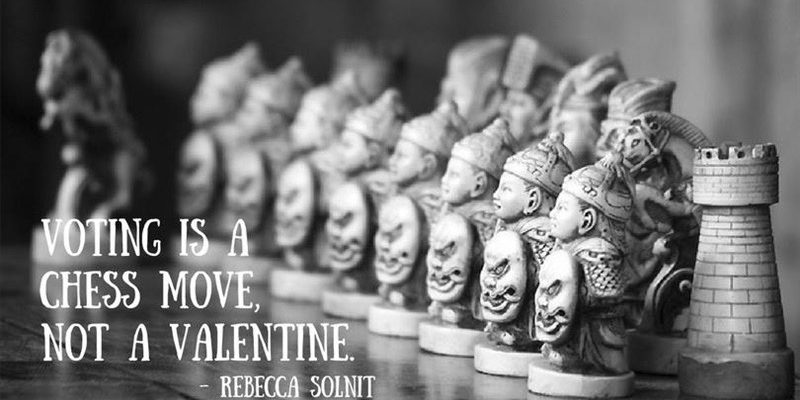 If I had a dollar for every time I read or heard the phrase, “I just don’t know how a Christians could vote for _________” I would be able to go to Disney and maybe even take my family with me.  But at the risk of entering into a political discussion as a pastor, I would like to bring some sanity to this discussion.  We are a few short weeks away from the most significant political decision we make as a nation.  And the rhetoric continues to heat up.

I am really posting to make one main brief point.  I like to remind us all during political seasons that Scripture is clear that all humans are sinners.  Some are better at hiding it and therefore appear more civil.  Some cannot hide it well and appear to be arrogant jerks.  Some are redeemed and humbled by the grace of God and could therefore be called reforming sinners.  But all have a dark side that they cannot fix on their own.

In this sense, I really like the freedom that Wayne Grudem gives to Christians in a blog he recently wrote in defense of his ability to support and endorse a particular candidate.  He received incredulous letters and emails to the effect that people could not believe that a man who loves the Bible and teaches theology could ever endorse such a candidate.  And one line of his thinking stood out to me as helpful and worthy of passing along.

In 2021 we will have an administrative “package” that will drive our nation for the next four years.  It will be a set of agendas that are made up of policies and values that will be the primary guiding principles of our nation.  I would not suggest that the person in charge of that agenda is irrelevant, but I would say they matter LESS than the agenda itself.  I would liken this in some ways to my auto mechanic.  My auto mechanic might use language I don’t like.  He may tell the occasional off-colored joke, but that matters much less than the overall mechanical skills package that will be the reason I hired him.  I am looking for a set of results.

The fact that Grudem points out is very helpful.  The outcome of this election WILL BE package A or package B.  My vote will be cast for one or the other of those ideologies, values, and programs.  People will increasingly be attempting to shame Christians for their vote one way or another.  But in the end, vote for the package.  Politics is about results and outcomes.  This may sound overly pragmatic, but it is not.  It is about values.  It is about issues.  It is about programs.

I saw an internet meme recently that sums this up quite well.  It said, “voting is a chess move, not a valentine.”  A vote is not an declaration of love for the candidate.  Rather it is a belief that this administrative package will bring forward the best overall movement toward national flourishing.  To vote in this way is not to sell out our morality as followers of Christ.  To vote this way is to engage in the chess game of life.  Voting is not the whole enchilada.  It is merely one move by which we seek to influence our world.  A vote cast is a very finite and limited way to declare what we hope the future holds.

One things is for sure.  The next four years will either look Republican or it will look Democrat.  We can throw fits over the options we are given, complaining about the rules of chess, or we play the game with a thoughtful and wise vote for the package we would most prefer.

But don’t let anyone tell you that you can’t vote one way or another because of the sin of the candidate.  They both are stained enough to incur the judgment of God.